You are here: Home / Roadtests / Weekend roadtest : Polo is worth a mint to VW 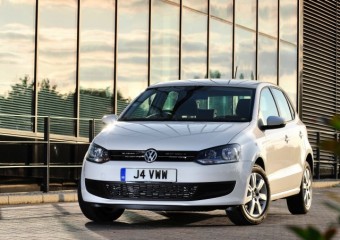 Just as Germany has bailed out flakey foreign economies, so the Volkswagen Polo might just do the same for the struggling city car sector.

The VW Polo has always been thought of as expensive when compared to other small cars, but as the rivals have steadily been fighting on price, the Polo has seemingly become more attractive.

It is becoming a sounder investment, particularly when you look at its resale value.

The fifth generation now in showrooms has raised its game in the vital area of VW Polo five-door
occupant safety and it comes with an impressive features list of advanced technology to keep you out of trouble and comprehensive measures to protect you if it all goes wrong.

There is a range of almost 30 Polo derivatives available.

The Polo is offered in three different trim levels. The range consists of S, Match, and SEL at the top of the range. All models offer a class-leading level of specification with four airbags, ABS and, for the first time, Electronic Stabilisation Programme standard on every Polo.

Although Match is the best seller by a long way, we opted to test the next most popular, the SEL, which comes with bigger wheels and tyres and chrome effect detailing outside together with alarm, mats, more storage compartments and leather wrapped wheel.

The1.2 litre TSI is a delightful engine. It is quiet, pulls well when you use the smooth changing six gears, and it never shows signs of stress or undue noise.

Its mechanical refinement is matched with good economy potential and while we did not get near the claimed combined average of 53mpg, we did come close.

The easy clutch, direct light gearchange and well weighted steering were a delight in heavy traffic and its agility around town and the way it slipped into small parking spaces was stress-free. On more open roads the Polo SEL 1.2 could easily keep up with other traffic but you had to carefully judge overtaking opportunities with the 105ps maximum power available, particularly if you did not travel alone. Secondary controls were all close to hand and clearly marked, aided by simple clear instruments.

I liked the straightforward air conditioning, the four electric windows and it meant the interior was always comfortable.

The oddments room increases with additional compartments in the SEL and these are useful in a family car while the boot space rises from a nominal 280 to 952 litres. 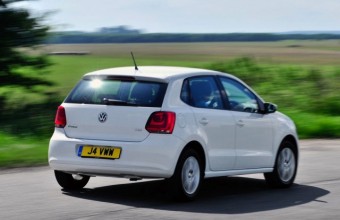 The five-door Polo is much more practical than the three-door and it gives improved access into the back seats, but it’s still a squeeze to put three abreast in the rear. Head and legroom is good throughout and the front seats have wide adjustment range and despite being a bit thin were surprisingly comfortable and supporting.

The Polo’s ride is also good for a small car. Its slightly stiff but it is generally smooth over all but the worst bits of road. Roadholding is good and it stays on line even when pushed hard. Handling is safe and sure as a result with good feedback from steering and brakes. You can make the most of the available power thanks to the good visibility all round, helped by good lights and wipers.

All noise levels are low for most of the time and with the sophistication of the powertrain the Volkswagen Polo strikes you as a very refined car in its class, in fact it could give bigger and more expensive rivals a run for their money.

But the Germans always were good with their money, unlike some.