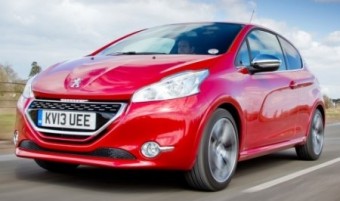 Peugeot has launched its time machine, the 208GTi.

30 years after the debut of its original 205GTi the idea of a sporting family car has been turned into a subtle slingshot that blends performance with panache and a car which is lighter, more economical, environmentally cleaner and out performs its previous 207GTi stablemate.

This latest version to join the 208 series uses a 200bhp version of its 1598cc Turbo High Pressure engine mated to a purposeful close-ratio six-speed manual gearbox with high performance steering, brakes, sports suspension and sitting on a wider track with fatter bespoke wheels and tyres.

Distinguished from the rest of the 208 family by a new nose and headlights, there is a rear spoiler as well as “soap-dish” side embellishment behind the side window. Inside the three-door body there are unique black and red leather/ fabric and detail stitched seats, flat bottomed small steering wheel, white on black instruments with red borders and aluminium pedals.

There is a central 7-inch touch screen set high on the fascia and operating audio, navigation, car and phone functions and it comes with automatic emergency assistance alert.

Sophisticated braking and traction control systems are standard, as is dual zone air conditioning, and you can even add parking assist from the options.

There is just one three-door bodystyle and it’s priced from £18,895. 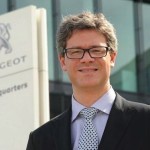 Peugeot Director of Marketing, Morgan Lecoupeur (left), said, “In the UK we talk about a car having a personality and character and the new 208GTi is a good example of that because it combines a modern driving experience with the heritage we have in the class. We have been steadily changing the perception of the brand with cars like the RCZ Coupe and our strategy is continuing with the 208GTi hatchback, it’s a very important model for us and for the UK market.” He said it was anticipated they will sell about 2,500 208GTi models a year in the UK, a quarter of production. 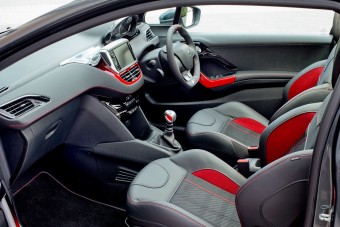 It was the Peugeot 205GTi launched in 1984 with a 1.6 litre engine which began the transformation of the French company from frumpy to fun, and the small sporting hatch in the line up evolved through the 206GTi and 207GTi in following decades. Over 30 years tastes have changed and the new 208GTi appeals to a more grown-up generation of hot-hatch lovers who want all the dynamic qualities, along with some desirable creature comforts.

The new Peugeot 208 GTi is a brilliant balance between raw power and refinement.

The leather seats, leather padded fascia and bright highlights with a multi-tude of sweeping curves around the cabin are pleasing on the eyes and effectively divide the display into essential and desirable functions and features.

The driver and front passenger have deeply sculptured supporting seats with a lot of adjustment room, but the seat belt mountings are fixed, and those behind have modest legroom once they squeeze behind the tilted seat.

Visibility is good to front and sides, more limited over the shoulder and when reversing but the wipers are big.

We struggled to find our way around the multi-mode information system with its enormous range of menus but its display was pin sharp.

On the road the powertrain delivered tremendous acceleration and speed which could be safely handled thanks to the nicely balanced steering and very powerful brakes underfoot.

You are aware of a firm ride, particularly over some bad surfaces, and the handling is very responsive and safe but not nervous or twitchy.

We averaged about 37mpg on test, some way off the stated combined figure possibly due to the fat it does not have a stop/ start economy system. 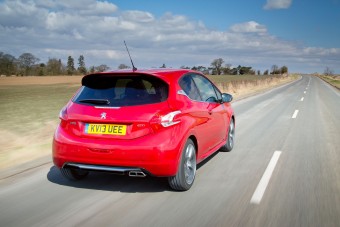 Considering the amount of gear changing and traffic encountered we were pleasantly surprised nevertheless and in most situations would expect a driver to regularly see 40mpg.

There is a constant road noise from the big wheels and tyres and a background rumble from the engine which rises into a pleasant roar under acceleration. Wind noise and other mechanical noises were low.

We drove over some demanding roads in North Wales, over the Denbigh Moors and through Snowdonia and even after three hours behind the wheel we were still relaxed and fresh, so easily and well had the Peugeot 208 GTi coped with conditions. This is a performance hot hatch you could live with day in, day out and enjoy at weekends as well. It has knock-out performance in a velvet glove.

Peugeot carefully selected the demanding and challenging roads of North Wales to launch the new 208GTi to the British motoring press.

The tight and twisting roads through Snowdonia were a good test of the new car’s sporting chassis and suspension.

The launch was based at The Quay Hotel, Deganwy and included a route towards Llangollen before heading to the Ship Inn, Red Wharf Bay, Anglesey and a return to the starting point along the A55 dual carriageway.

Peugeot UK Director of Communications, Andrew Didlick, said, “The roads are both demanding and beautiful in Wales, a perfect setting for the 208GTi.”