Just when many thought that big 4×4 sales had reached the end of the road, the arrival of the Evoque Convertible has taken them down a new track, writes Robin Roberts.

It has been an unqualified success since it was announced in November 2015 and the world’s drivers just couldn’t wait to get their hands on them a year later when they hit the roads.

As the world’s only luxury open-topped 4×4, the Evoque Convertible has sales mounting every month, particularly in the USA and China, since it joined the range six years after the original hard-topped standard five-door and three-door coupe versions were launched.

There is currently a range of 25 Evoque models but only four Convertible derivatives using 150 and 180 turbo-diesel engines or 240 turbo-petrol with 6sp manual or 9sp automatic transmission in four main trim levels between £30,000 and £53,000.

All but the entry-level models have 4WD and our test version is the most popular with the higher output turbo-diesel engine and mid-range trim. 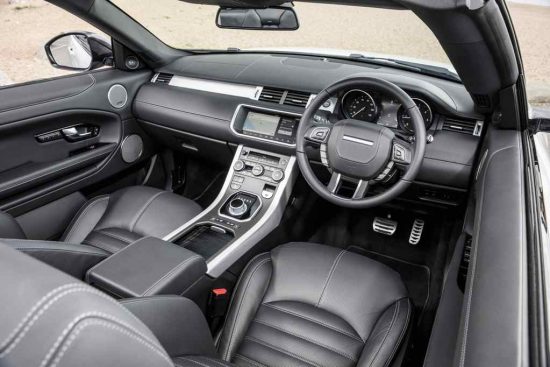 Using the latest Land Rover Ingenium turbo-diesel engine, the Evoque Convertible HSE Dynamic was an impressive performer despite its near two-tonne kerb weight, with strong acceleration from rest and a relaxed motorway cruising ability.

It’s not the quickest to 60mph but it has good smooth-changing ratios for mid-range overtaking and its economy is very reasonable in this class thanks to that long gearing and nine-ratios.

Land Rover designers and engineers have done a good job in keeping the body rigid without a full metal roof but I occasionally felt a shimmy through the chassis over rougher roads. On metalled surfaces it was nearly always smooth if firm and always compliant.

The handling was very surefooted thanks to its big four-wheel-drive footprint, with good steering and brakes to keep you out of trouble without any effort at all. A selectable range of drive modes covers all surface types to define the Evoque’s performance. 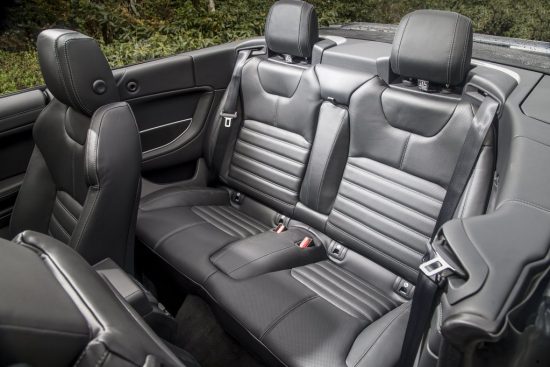 For driver and front seat passenger there is a lot of legroom but the big central console restricts width and anyone climbing into the back seats has to wiggle around the folded front pair and will then find legroom is reasonable but not generous.

Bootspace is small and suitable only for a medium sized case or some soft weekend bags and this is probably its biggest drawback to being a family car.

The roof produced little wind noise when erect and electrically folded flat in 18 seconds and up to 30mph if the weather should change. With the roof used there is only a small back window and this combined with the wide side panels does mean restricted sight-lines to over the shoulder and to the rear, although sensors and a camera are helpful.

Side and front vision is very good, with bright far-reaching headlights and big wipers for poorer conditions.

Noise levels are low even with the roof retracted and the wind turbulence is tolerable. Mechanical and road noises were also modest. 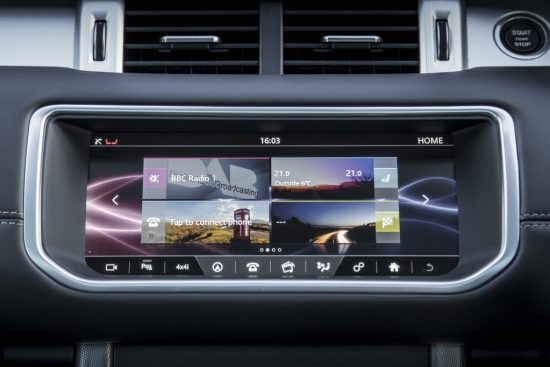 With a 10.2-inch touchscreen dominating the dash you do not struggle to use the infotainment system (left). Its clear, quick and comprehensive, and the main secondary switches are also well placed and backed up by large clear instruments.

Heating and ventilation is very important in a convertible and the Evoque will not leave you out in the cold with its powerful and comprehensive climate control system, with powered front windows as well.

There is a lot to really like about the Evoque Convertible and hardly anything to dislike.

It’s not the most practical of cars, but within its class it’s unique and does a great job putting the countryside into the car at the press of a switch.