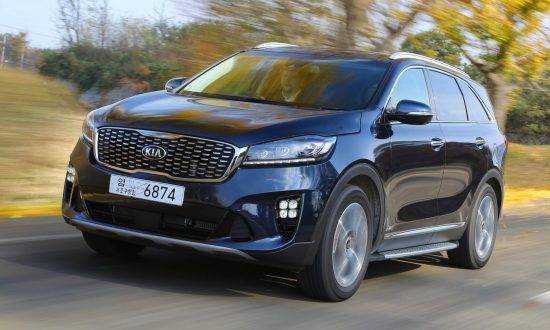 The booming SUV market is good news for manufacturers and the forthcoming revised Kia Sorento certainly gives the Korean maker something to smile about looking into 2018, says Robin Roberts.

In a very early first drive of the big SUV in Korea we were able to evaluate the new eight speed automatic sequential transmission fitted to their  200ps  2.2litre CRDi turbo-diesel engine.

The combination is very good, offering exceptional smoothness through Seoul’s congested streets, sharp responses on open very busy motorways and a lot of effortless flexibility delivered in the foothills north of the South Korean capital and adjacent to the Demilitarised Zone.

Without trying to drive with a light foot but against a tight schedule we pushed it over 43mpg at best and 38mpg at worse while emissions drop from 172 to 159 gkm. It offers eco, comfort, sport and smart modes depending on a driver’s inclination and a new drive mode select also changes the steering weight of the system and “learns” the driving style to individually match the steering and transmission to get the most out of it in the smart mode.

It also has the company’s optional Drive Wise advanced monitoring to counter distractions and drowsiness to back up lane-assist, automatic headlights and turning lights.

There is a new GT line S spec to replace the KX4 with four-lamp LED front fogs, red brake callipers, prominent sill step and additional badging with diesel derivatives getting chrome exhaust tips. This is unique to the UK models. 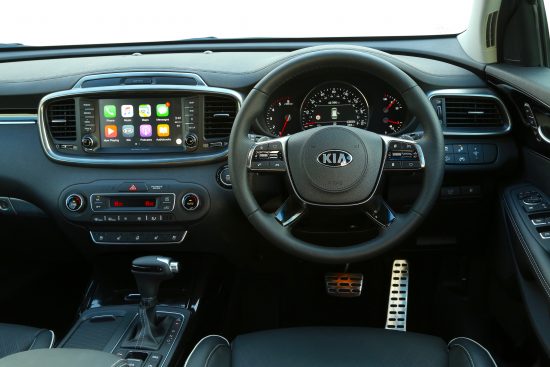 Inside, the top models have quilted leather seating with grey stitching, satin trimmed shift paddles on the column and highlights on the fascia and doors. An eight-inch touchscreen holds TomTom developed navigation, Apple CarPlay and Android Auto for mobile compatibility and wireless charging.

Sorento was introduced in 2002, replaced in 2009 and the third generation will now take total production to 1.5 Million with its closest rivals the sister company’s Hyundai Santa Fe, the Audi Q5 and Volvo XC60 but the move to SUVs also means it could be attracting traditional large hatchback and saloon buyers as well, said Mr Seokhyeon Kang, of the Kia overseas marketing team.

The new series is available to order now in Britain but prices will not be confirmed for a few weeks and deliveries are expected in January.

Outwardly the new series is recognisable from its new bumpers both ends, LED lights, dark metallic finish to the grille, and 17, 18 or 19 inches new wheels. Sound fans can upgrade to a Harman Kardon system as well. 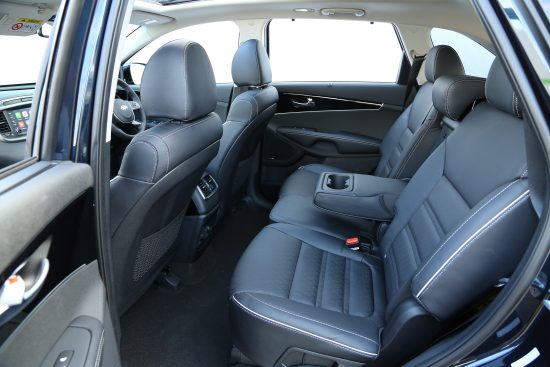 The five-door body style offers a choice of five or seven seats with 185ps 2.0 diesel, a 200ps 2.2 diesel or 188ps 2.4 petrol engine and depending on choice it comes with front and intelligent all-wheel-drive, and a six-speed manual gearbox is fitted to some.

The Sorento sells in over 200 markets worldwide and the UK is the fourth biggest, with Sorento taking about 10% of total Kia UK registrations, said Alex Kim, Kia assistant manager Western European sales. “It’s very important to us and UK customers,” he added. 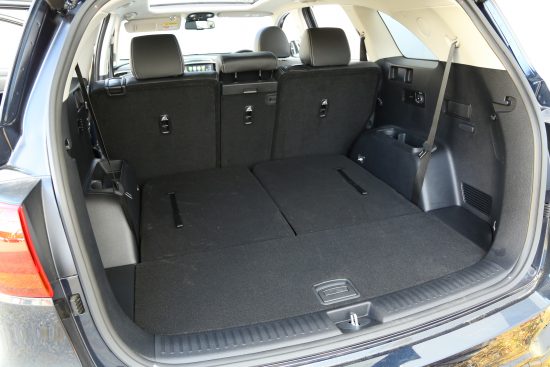 It’s very roomy as before but now more comfortable, refined and economical with lower taxation, BIK and running costs. The new exterior look and vastly improved interior with a particularly attractive duo-colour scheme on the test car has brightened the eye-appeal while the improved technical features will delight all users.

Sorento is the latest Kia to get a GT line which will be added to others in the range while it also raises its game with the high performance Stinger saloon in a direct show of intent to widen the appeal of the marque. 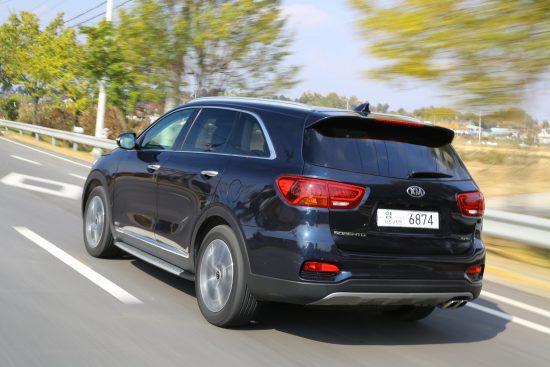 Kia has been the top brand in the US for two years and has a programme of 38 new models by 2021 with a staggering 68 revisions to existing models over the same five years.

A year before then it aims to offer 15 Eco models in its line-up including a fuel-cell car, a number of partly automated cars over the next three years and its first fully automated model by 2030. Kia will be smiling from year to year.