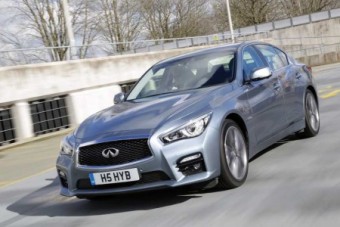 Infiniti’s UK sales journey has been slow, steady and selective.

Launched about a decade after US sales started, UK Infiniti models have been specifically targetted in selected sectors previously dominated by the best models from Germany and the UK.

It is known for its SUV series but it started with the saloons and it still one of the few manufacturers to offer a convertible in its line up along with a coupe.  The best selling have been the saloons, and the revised line up begins with the Q50 range of mostly rear wheel models, but there is an all wheel drive model available, with their petrol or new diesel engines. 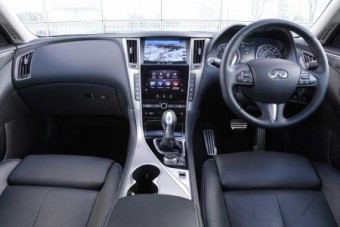 Our test car with the new turbo-diesel engine is aim squarely at the executive covering a big distance each year and who wants to stand out from the rest who have elected to buy German marques.

The new 2.2 litre diesel packs a strong punch from low revs and delivers that with a pleasant exhaust note across the range.

Our automatic seven speed version was very quick and smooth changing, but you can order a six-speed manual box if you prefer.

In heavy traffic the automatic made light work a journey and we saw about 40mpg overall, some way off the suggested combined figure but still good considering the higher speed we often settled into on a motorway.

I liked the well balanced speed-sensitive steering and its precision on the motorway, the progressive and powerful brakes which slowed it quickly and safely from any speed and the effective hill assist parking feature.

The ride was distinctly firm for some roads and you could hear the tyres rumbling along and hitting ridges or potholes. At times the poor surfaces did beat the suspension and jarred the chassis. 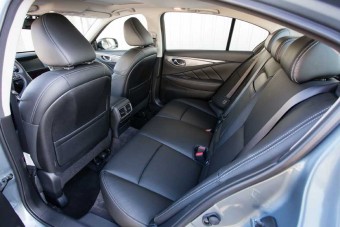 Grip and handling were good nevertheless and you could accurately place the Q50 through a corner and know it would stay on line or confidently tackle a series of sweeping curves without any drama. I liked the leather covered heated front seats and way they supported my long frame but the rear seats were not so deeply recessed for location of occupants. Room was good.

The precision of the major controls was matched by the column stalks and switches close to the wheel, and the very effective dual zone climate control. Instruments were very sophisticated but clear and comprehensive.

Oddments room was reasonable, not exceptional, and the boot held  500 litres but the opening was modest behind a high lip.  Visibility was excellent to sides and front, more restricted over the shoulder, with very bright headlights and good wipers.

We quickly felt at home in the Infiniti Q50 and this is always the mark of a well designed car which is easy to live with, undemanding and good at its job. 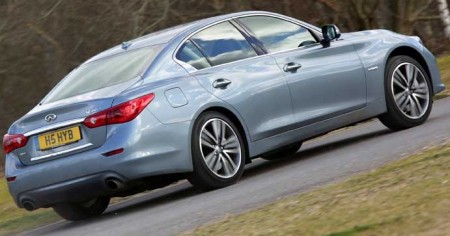 There’s no doubt the Infiniti Q50 2.2D Premium represents a very good rival to German marques and its rarity value sets it apart, as does its value.