Brits use to relish small high performance cars, and thank goodness the Italians still build them, like the Abarth 595 Competizione.

While the UK may have grown up and developed a taste for family hot-hatches, there is still a lot be enjoyed behind the wheel of this excitable version of the classic Fiat 500 city car. 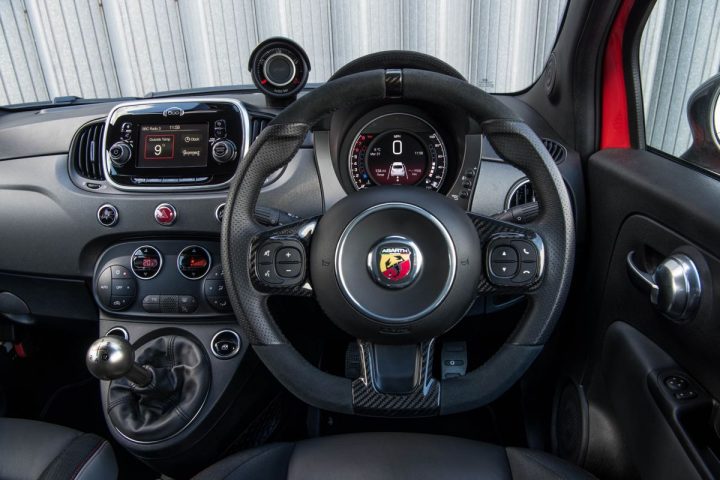 It looks simply stunning with the dark-trimmed brightly badged naughty boy character so endearing and enjoyable, so long as you understand its limits. If you dread urban driving, the Abarth 595 Competizione will put a smile back on your face as it zips around town and deftly drops into the tightest parking space.

Then you know the weekend is coming when it can head for the open road and enjoy the 595.

There is a comparatively small range in the series but they come as three-door hatches or two-door convertibles and we tested the upper mid-range version with options including Supersport wheels, pastel paint, Beats audio and the Performance sports pack, adding about £3,900 to the standard price.

The well-developed 1.4 litre T-Jet petrol engine is an instant starter, packs a useful 250Nm at 3,000rpm and it returned a reasonable over 40mpg on test. It might have been better if there had been a longer legged gearbox including a 6th gear to stretch the figures and subdue the sound of the engine working hard under hand and foot.

The clutch was light, gearchange direct and matched with very powerful brakes and city/sport mode steering you could relax in town or really enjoy its handling on twisting rural lanes. Secondary controls were a little cluttered on the wheel and over the fascia and console while the instruments were not marked in detail but clear nevertheless.

I liked the simple heating and ventilation and it could hardly fail to work in the small cabin, with powered door windows but there’s no sunroof option. 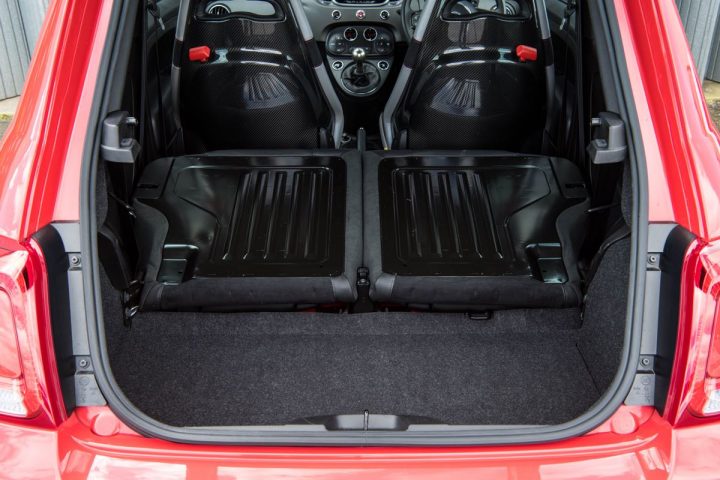 Oddments room was small and most items would end up on the small back seats which were really suitable only for children, and a wiggle to climb into. Access to the front seats and small boot was easy.

Visibility was fine through the windows, the lights just about up to their sporting job along with the wipers.

Noise levels were mostly confined to constant road rumbles and suspension sounds while the engine note was sporty and pleasing unless you really pushed in lower ratios. Wind noise was modest and generally came from the door mirrors.

It pulled well from low revs., had good overtaking ability through the gears and cruised without any issues at the legal maximum on a motorway.

But it’s off the main roads you begin to appreciate the 595 Competizione for its urge and surge, its surprisingly good level of grip and its faithful handling. 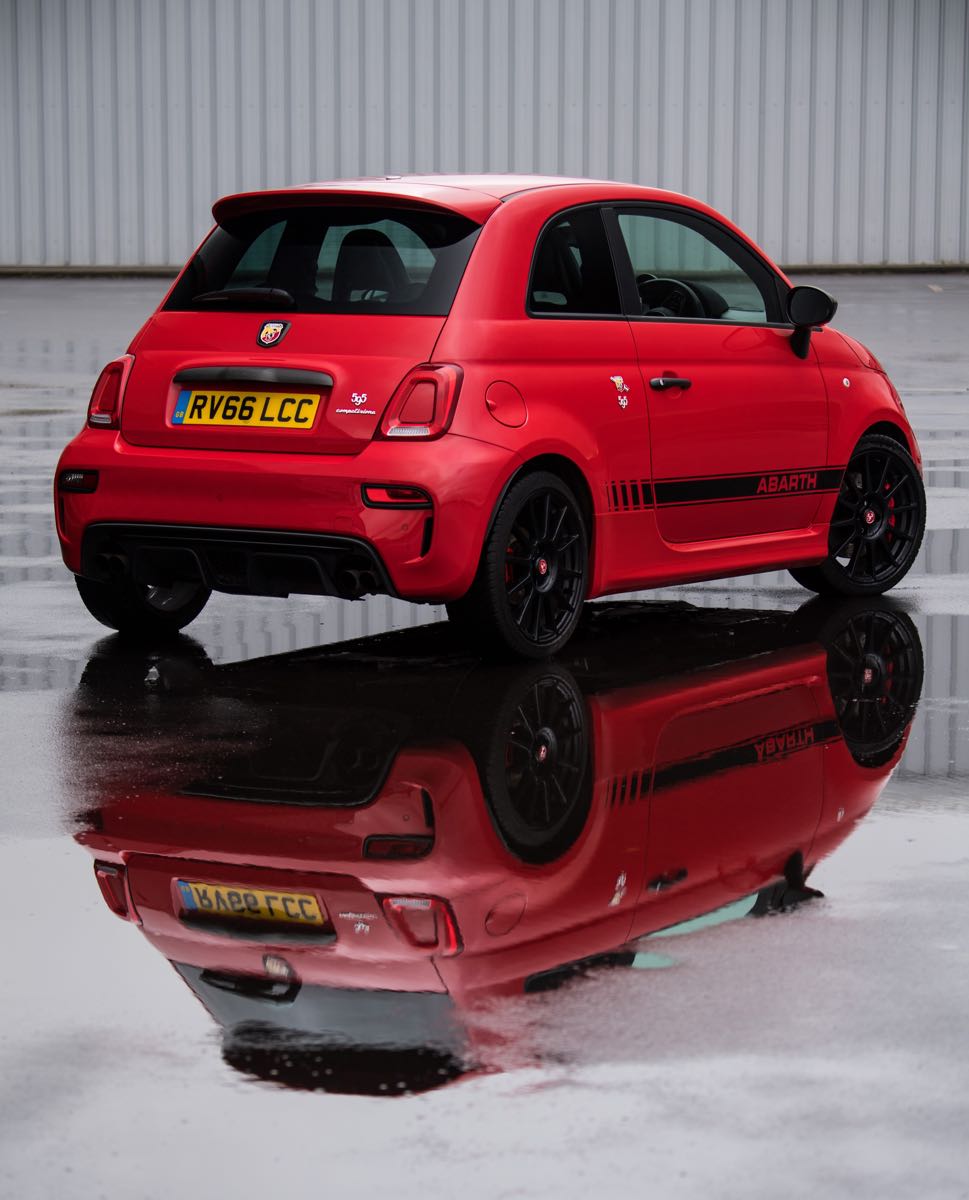 On damp roads you can feel the power pulling you wide but ease off and it smartly and safely steps back in line. The sound system is good but its not got a lot to do inside such a small cabin and you might consider saving some money on this unless you are really a lover of music and want home-quality performance.

That said, the Abarth 595 Competizione is a distinctive, enjoyable and fun to drive small car with a character you rarely find today, but can if you go for this Italian job.