A new Peugeot 208 range will include a fully electric model.

The cars will be shown at Geneva motor show next week. 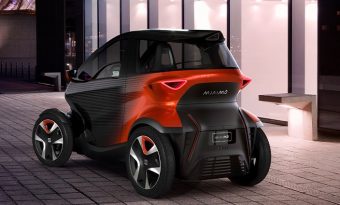 SEAT used a mobility show in its home capital of Barcelona to highlight its new electric quadricycle concept.

Looking like the Renault Twizy, the larger SEAT Minimo uses a detachable replacement battery pack good for 62miles rather than rely on long charging periods.

Production of the MB SL two-seater is ending next year, the company is reported as saying.

It cited slowing sales amid fierce competition and pressure on profits, and it has been in production since 1954.

After 28 years, Peugeot is returning to America on the back of soaring global sales as it rolls out its plans for the next decade and further with PSA eyeing India and Russia as well.

It acquired Opel and Vauxhall in 2017 and these have also returned to profit of the first time in over two decades when it was under GM control and heavily losing money.