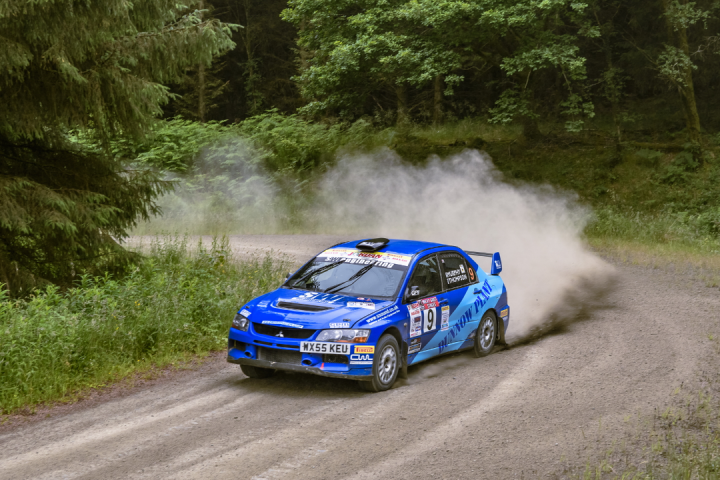 None of the front-running crews enjoyed a totally trouble-free run on the latest round of the Pirelli Motorsport UK Welsh Forest Rally Championship.

It was Russ Thompson and Andy Murphy who overcame their tribulations on the Builth Wells based Nicky Grist Stages, organised by Quinton Motor Club, to take maximum championship points while Tom Llewellin retained his overall series lead.

Scott Faulkner and Gareth Parry set the quickest time among the Championship contenders on the opening stage but after the second stage it was Thompson and Murphy who headed the field. However, just two seconds separated them from the next three crews, Richard Hill and Steffan Evans, Matt Hirst and Declan Dear and Faulkner and Parry.

While Faulkner and Parry and Hill and Evans would both be side-lined with differential problems, Hirst and Dear overcame steering issues on their Mitsubishi Evo IX to finish second while Thompson and Murphy had to cope with a puncture on their Group N version of the same car en route to top honours. 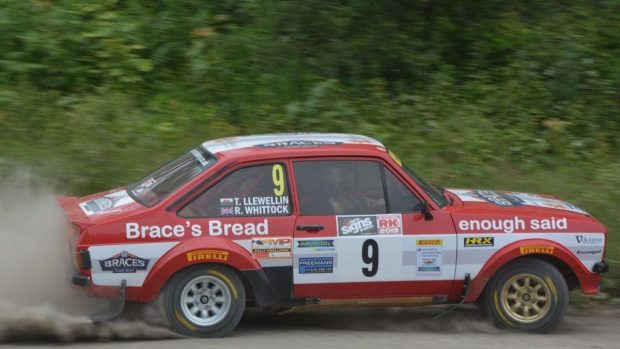 Llewellin (right) now holds a four point advantage in the overall drivers’ standings from Matt Hirst with Russ Thompson a further seven points back but with competitors only counting their best six scores from the eight round series, the battle remains wide open.

Thompson and Murphy also picked up maximum Group N points, for less modified cars but they still trail Wug Utting and Bob Stokoe, who finished second in Group N on this event, by 14 points while Faulkner and Parry remain in third place.

A sixth successive maximum score in the Junior driver category means that Tom Llewellin is now unassailable in that class and he has secured the top award of a test drive in a PCRS Rallysport Hyundai i20 R5, courtesy of sponsors onthepacenote.co.uk.

Tom Murphy leads the co-drivers’ section of the Challenge from Simon Jones who is just one point ahead of Keaton Williams while Jessica Hockly is only three points further back.

The next round of the Pirelli Motorsport UK Welsh Forest Rally Championship is the Eventsigns Woodpecker Stages Rally on 31 August. The event, organised by Sixty and Worcestershire Motor Club is based in Ludlow with much of the competitive action taking place in the Mid Wales forests.