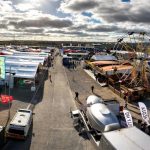 Wales Rally GB round of the globe-trotting FIA World Rally Championship will return to its former base in Deeside, Flintshire 29 October – 1 November. The familiar location on land adjacent to the Toyota Engine Plant in the busy Deeside Enterprise Zone was home to the popular international motor sport spectacle for six years between 2013 and 2018, following its revitalising switch to north … END_OF_DOCUMENT_TOKEN_TO_BE_REPLACED 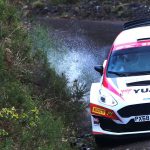 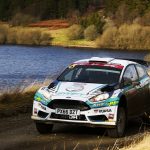 One of the most eagerly anticipated British Rally Championship seasons in recent times gets underway this weekend in the forests of North Wales as the Visit Conwy Cambrian Rally kick-starts an exciting first encounter of the new season.   The popular one-day Llandudno-based event offers some of the best stages in the world, with classic stages like Elsi, Gwydyr, Penmachno and the Great Orme … END_OF_DOCUMENT_TOKEN_TO_BE_REPLACED 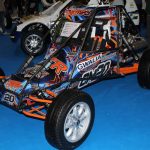 The annual Autosport International Show provided a tantalising teaser to the competition scene this year as well as a look back at some of the most successful cars and competitors in 2019. Photographer Will Jones from West Wales covered the event and here are a few of his images. © Images Will Jones … END_OF_DOCUMENT_TOKEN_TO_BE_REPLACED

Estonian Ott Tänak gave Toyota its first Wales Rally GB win since 1996 by storming to victory at the gruelling event 3-6 October, delivering his Yaris WRC  a scintillating 10 second win over Belgian rival Thierry Neuville. Tänak charged into the lead on the ninth of the event’s 22 stages and would never be headed whilst fastest time on the final Wolf Brenig Power Stage landed him an … END_OF_DOCUMENT_TOKEN_TO_BE_REPLACED 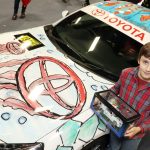 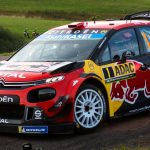 Sébastien Ogier scents a seventh straight FIA World Rally Championship title – and nobody is better placed than the Frenchman to boost his chances at this week’s Wales Rally GB starting today.   No driver has enjoyed more success in Britain than the Citroën Racing star and the five-time winner, who reignited his championship hopes with victory in Turkey last month, reaches the … END_OF_DOCUMENT_TOKEN_TO_BE_REPLACED 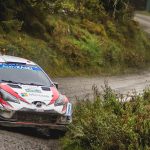 With little more than nine weeks remaining, entries to Wales Rally GB 3-6 October have just opened. Entries for the shorter two-day WRGB National Rally based in the heart the WRC Service Park on the Llandudno seafront and shadows the main four-day event into forests on Friday and Saturday opened yesterday. These will be accepted on a ‘first come, first served’ basis. This concurrent event offers … END_OF_DOCUMENT_TOKEN_TO_BE_REPLACED 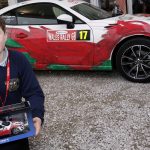 Wales Rally GB has once again joined forces with Toyota GB to reignite its exciting car livery design competition for young students, with the winning entry being applied to a real-life GT86 rally car. The highly successful initiative launched in 2017 and now enters its third year. When liveried, the GT86 will be displayed within the Big Bang showcase located right at the heart of the … END_OF_DOCUMENT_TOKEN_TO_BE_REPLACED 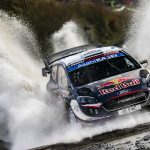 Wales Rally GB is breaking a 20 years tradition and starting in England from Liverpool before the opening stage around Oulton Park circuit, Cheshire, last used for the event in 1993. The service park for the 3-6 October WRC UK event is relocating from Deeside to Llandudno town centre which means the classic Great Orme stage is concentrated around the headland. There is also a new Colwyn Bay … END_OF_DOCUMENT_TOKEN_TO_BE_REPLACED