Britain has outlined how it plans to trade with the world after it leaves the European Union at the end of 2020. It will replace the European Union’s external tariff with a 10% duty on cars but cut tens of billions of pounds of supply chain charges. This will pave the way for trade deals with the United States and the Brussels-based bloc, helping JLR in particular compete with Audis and … END_OF_DOCUMENT_TOKEN_TO_BE_REPLACED 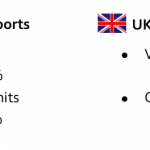 A no-deal Brexit at the end of 2020 risks undoing efforts to get the auto industry back on track after the coronavirus of recent weeks, says the European car makers’ director general Eric-Mark Huitema. While Europe still grapples with the health, social and economic impacts of the coronavirus, and EU automobile manufacturers battle for survival, the second round of negotiations on the future … END_OF_DOCUMENT_TOKEN_TO_BE_REPLACED 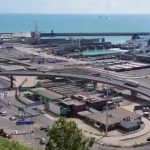 The UK transport industry has seen earnings on its investments in the EU rocket by more than 400% since the Brexit vote, the latest Office of National Statistics has revealed.  UK transport trade earnings from investments in the EU rose from £177 million in 2015 to £1billion three years later – up 476% compared with before the vote. Firms involved in transportation had £3.6 billion invested in … END_OF_DOCUMENT_TOKEN_TO_BE_REPLACED 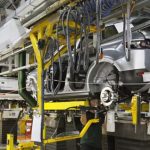 The Society of Motor Manufacturers and Traders has urged all parties to put UK Automotive at the heart of their economic and trade policies. Setting out the industry’s priorities for a new government, the trade body called for an ambitious, world-beating Brexit trade deal to maintain the sector’s competitiveness and ability to deliver innovation, productivity and prosperity for … END_OF_DOCUMENT_TOKEN_TO_BE_REPLACED

European Union car-makers have joined forces to warn of billions of euros in losses in the event of a no-deal Brexit. Groups including the European Automobile Manufacturers’ Association, the European Association of Automotive Suppliers and 17 national bodies warned of the impact of “no-deal” and the effect on 13.8 million people in the European Union including Britain. Last week, it was said … END_OF_DOCUMENT_TOKEN_TO_BE_REPLACED

Car makers in Britain have recorded a 15% export drop in July, the 14th month of decline, mainly due to weaker EU and Asian markets. The SMMT said the drop in diesel demand across Europe coupled with a slowdown in Chinese orders mainly accounted for the decline of 11% overall after home demand went up 10%.  Uk plants assembled 108,239 cars but now there are concerns about the UK leaving the EU … END_OF_DOCUMENT_TOKEN_TO_BE_REPLACED

British car manufacturing output fell by more than a fifth in the first half of 2019, with a 15.2% decline in June marking the 13th consecutive month of negative growth, according to the Society of Motor Manufacturers and Traders. Some 666,521 cars rolled off production lines in the first six months, a year-on-year loss of 168,052 units due largely to falling demand in key markets, including the … END_OF_DOCUMENT_TOKEN_TO_BE_REPLACED 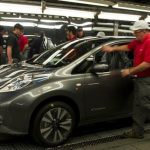 Car production in the UK fell by an annual 14.4% to 126,195 cars in March, according to the Society of Motor Manufacturers and Traders.  Exports were down by 13.4 % and these account for 80% of production. The SMMT said analysis it had commissioned predicted output would fall this year to 1.36 million units from 1.52 million in 2018, assuming there’s a transition deal with the EU. If … END_OF_DOCUMENT_TOKEN_TO_BE_REPLACED 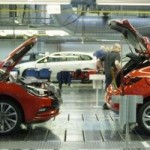 Traditional supply chains will be destroyed because of stricter border controls and as a result of a no-deal Brexit, businesses in the UK will be forced to buy more local products, according to an expert from the University of Cologne. Professor Andreas Fügener, expert in Supply Chain Management, warns that consumers are largely unaware of the impact that leaving the European Single Market … END_OF_DOCUMENT_TOKEN_TO_BE_REPLACED

European and Chinese car makers need to work more closely together, says Erik Jonnaert, ACEA Secretary General. They  account for half of all passenger cars sold and built around the world and the regions are emerging as the major global regulatory powers, setting ambitious standards and targets for tomorrow’s vehicles. Last year, the Chinese car market contracted by 3.5%, marking the first … END_OF_DOCUMENT_TOKEN_TO_BE_REPLACED