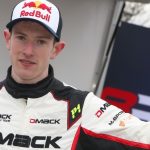 The build-up and fever pitch expectation is almost over as this week’s Rallye Monte-Carlo 19 - 22 January heralds the start of one of the most keenly-anticipated FIA World Rally Championship seasons in memory. Dynamic new-look World Rally Cars will echo through the mountains of the French Alps as four of the world’s biggest automotive manufacturers begin the fight for supremacy in motorsport’s … END_OF_DOCUMENT_TOKEN_TO_BE_REPLACED 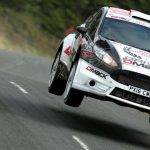 Welshman Elfyn Evans is back in top flight WRC series. He will return to M-Sport's main squad for Rally Monte Carlo starting two weeks today. Evans spent the 2014 and 2015 seasons with M-Sport, and stayed with the team last year as he stepped down to the WRC2 class. The Welshman will return to the main class for the first round of the 2017 season with the Cumbria-based team, alongside … END_OF_DOCUMENT_TOKEN_TO_BE_REPLACED 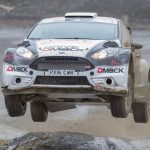 With Wales Rally GB now just four weeks away, Wales’s leading driver still doesn’t know whether he will be contesting the British round of the World Rally Championship, writes Peter Hughes. Newly crowned British Rally Champion Elfyn Evans says there are currently more pressing matters where his rallying career is concerned. Speaking at the media launch of the event at Llyn Brenig, Elfyn was … END_OF_DOCUMENT_TOKEN_TO_BE_REPLACED

Elfyn Evans and co-driver Craig Parry won the Rally Isle of Man at the weekend after a gruelling three-day encounter over the classic Manx Tarmac roads. The Welsh duo were once again the class of the field taking the lead on the second stage of the rally, holding their advantage until stage 12 when a drive shaft failure dropped the World Championship stars back into second. Undeterred after … END_OF_DOCUMENT_TOKEN_TO_BE_REPLACED 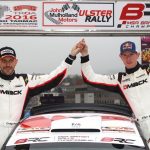 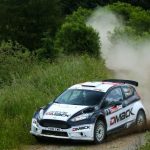 Elfyn Evans and Tom Cave took first and second places on the RSAC Scottish Rally staging a commanding display on round four of the MSA British Rally Championship. Evans and co-driver Craig Parry in the DMACK British Rally Team returned to the top step of the podium for the first time since the opening round in mid Wales. The second win for Evans has elevated him back to the top of the … END_OF_DOCUMENT_TOKEN_TO_BE_REPLACED 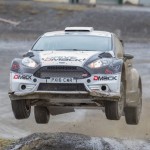 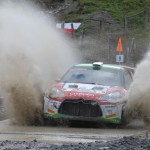 The MSA British Rally Championship blasts back to life next weekend as no fewer than 54 registered crews from 11 nations tackle the opening round of the series, the Newtown-based Mid Wales Stages. After a year’s break over concerns about the series, the championship’s top category will feature four-wheel-drive competition for the first time since 2011, as the exciting new R5 cars do battle with … END_OF_DOCUMENT_TOKEN_TO_BE_REPLACED 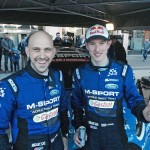 It was to be celebration time for Elfyn Evans and Craig Parry  after the two welshmen won the WRC2 category on the classic Monte Carlo Rally which was the opening round of the 2016 FIA World Rally Championship. Not even two punctures could stop Evans powering the Fiesta R5 Evo to victory finishing 8th overall, Evans even mixed with the far more powerful WRC cars and even beat many of them on … END_OF_DOCUMENT_TOKEN_TO_BE_REPLACED