Llanelli-based Calsonic Kansei is axing nearly a quarter of its 400 staff, citing a slowdown in orders for its radiators and intercoolers from car makers. The company has been in Llanelli since 1943 and currently employs about 400 people and was given a £4.4M grant by Welsh Government in December to create 88 new jobs. It is unclear if this money will now be given as it was intended to boost … END_OF_DOCUMENT_TOKEN_TO_BE_REPLACED

Abolition of the Severn Tolls in mid-December is expected to raise the number of vehicles using the two crossings by six million in four years. It will then approach 24M annually and put additional strain on roads west of Newport and the result of a public enquiry into a southern relief road around the city is shortly expected. London taxi firm Addison Lee is planning to introduce autonomous … END_OF_DOCUMENT_TOKEN_TO_BE_REPLACED 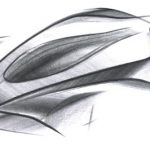 Aston Martin is planning to add a third hypercar to its planned range. It announced the 1,000hp £2.3M Valkyrie and £4.0M Valkyrie AMR Pro models but now wants to add another cheaper coupe (right sketch) into the range, which could be under £1.0M.. JLR is reportedly struggling to find UK parts makers willing to supply components to them. Production requires massive investment and the … END_OF_DOCUMENT_TOKEN_TO_BE_REPLACED

West Wales car parts maker Calsonic Kansei has been bought out. The subsidiary of Nissan has been acquired by US firm of KKR & Co. in a deal said to be worth about £3.61 Billion. It beat out rival private equity firms Bain Capital and MBK Partners, which, according to Thomson Reuters LPC, had bid to buy Nissan's stake. Japan's second-biggest automaker opened the auction to sell the stake … END_OF_DOCUMENT_TOKEN_TO_BE_REPLACED