Following on from the first silhouette images, ŠKODA reveals the name of its new model – the ŠKODA Scala.  The name derives from the Latin word ‘scala’ which means ‘stairs’ and is a step forward for the Czech car manufacturer in the compact hatch segment when it launches before 2019 and replaces the Rapid. Audi has been fined the equivalent of £702.54M by German prosecutors for violations … END_OF_DOCUMENT_TOKEN_TO_BE_REPLACED

The fleet industry needs to start encouraging a sector-wide conversation about Brexit in order to make preparations, says Meridian Vehicle Solutions. Phil Jerome, managing director at the medium term rental specialist, said that he understood the current lack of dialogue given the ongoing absence of clarity about exactly what form leaving the EU would take. However, with only a few months … END_OF_DOCUMENT_TOKEN_TO_BE_REPLACED 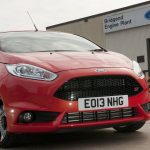 A no-deal Brexit "would be pretty disastrous" for British industry and could affect the future of Ford Bridgend Engine Plant, the company’s European boss has told the BBC. Steven Armstrong told the BBC he was "still confident" a tariff-free frictionless trade deal would be done but a no-deal outcome would "force us to think about what our future investment strategy for the UK would … END_OF_DOCUMENT_TOKEN_TO_BE_REPLACED 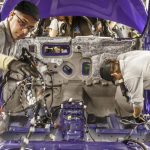 The Society of Motor Manufacturers and Traders launched its new Brexit Readiness Programme to help the industry, especially SMEs in the automotive supply chain, prepare for the UK leaving the EU.  With less than six months to secure a withdrawal deal and concerns of a cliff-edge on 30 March, the programme is part of ongoing efforts to provide support for small and medium sized member companies … END_OF_DOCUMENT_TOKEN_TO_BE_REPLACED

The 2018 Paris Motor Show this week comes at a time when the European automotive industry is facing three major challenges: the introduction of WLTP, trade tensions in the US, and the outcome of Brexit negotiations.  How quickly the market continues to grow will depend on how quickly it adapts to the knock-on effects caused by these factors. In the face of these challenges, car makers have … END_OF_DOCUMENT_TOKEN_TO_BE_REPLACED 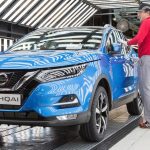 A ‘no-deal’ Brexit must be ruled out now to avoid damaging one of the EU’s most valuable economic assets, the Society of Motor Manufacturers and Traders is warning.  Time is running out, and negotiators on both sides of the Channel must prioritise the agreement of terms for a managed withdrawal and ‘status quo’ transition as soon as possible. ‘No-deal’ would undermine the industry’s ability to … END_OF_DOCUMENT_TOKEN_TO_BE_REPLACED 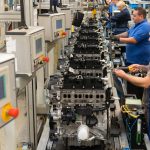 Ford and Toyota engine plants in Wales will get a share of a £6M Brexit assistance budget from Welsh Government, but there has been criticism from Tories in Wales. Ford will get £1.6M and Toyota an unspecified grant while money will also go to other automotive companies struggling with expected higher costs as a result of leaving the EU. First Minister Carwyn Jones announced further business … END_OF_DOCUMENT_TOKEN_TO_BE_REPLACED 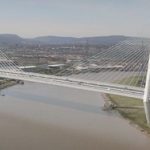 Wales Future Generations Commissioner Sophie Howe has questioned spending £1.4 Billion on the planned M4 relief road around Newport, including a new bridge over the Usk, remodelling the docks and building on grazing land. It will not cut congestion and is a "20th Century solution to a 21st Century problem”, said Ms Howe and suggested money would be better spent on rail and bus links, cycle … END_OF_DOCUMENT_TOKEN_TO_BE_REPLACED

“Profit margins” and “consumer confidence” have been named as both the two biggest threats and the two biggest opportunities facing dealers, according to a new survey for the RAC Dealer Network. Almost half of respondents (48%) named reducing profit margins as the biggest threat to dealer business in the second half of 2018, followed by falling consumer confidence (26%) and Brexit … END_OF_DOCUMENT_TOKEN_TO_BE_REPLACED 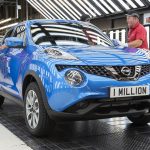 A no-deal Brexit is not an option for Britain’s car industry, the car makers' have warned. Mike Hawes, chief executive of the Society of Motor Manufacturers and Traders, said carmakers were “increasingly concerned” about the lack of clarity around departure from the European Union. With less than eight months until the divorce is due to take place, Prime Minister Theresa May has yet to find … END_OF_DOCUMENT_TOKEN_TO_BE_REPLACED