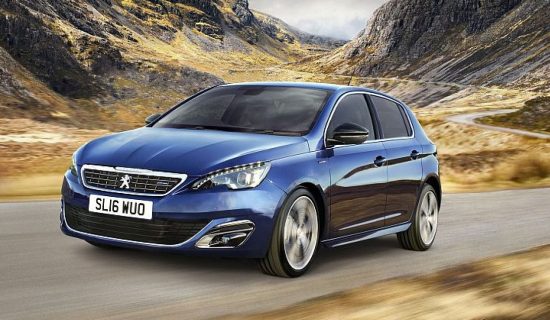 They now all have the Peugeot i-Cockpit taken from the award winning 3008 SUV with its 9.7-inch touchscreen, connected 3D navigation with TomTom live updates and voice recognition for radio, navigation and telephone functions. The upgraded infotainment   function includes MirrorLink, Apply CarPlay and Android Auto.

Specification levels for the hatchback are Active, Allure, GT Line, GT and GTi. The SW estates have the same levels except there is no GTi version. As is usual with most manufacturers these days there is a wide range of extra cost options and personalisation packs and one item most customers will need to consider is the Drive Assist Pack which includes automatic emergency braking and costs from an extra £400 which should be fitted as standard.

When it comes to the choice of engines there are the award winning 1.2-litre PureTech three cylinder turbo units with either 110 or 131hp and the1.6 THP four cylinder turbo petrol 205 and 272hp units. For diesel customers there are the 1.6-litre BlueHDi 99, 120hp and 2.0-litre 150 and 177hp units. All have Stop/Start function as standard.

Arriving shortly is a new 1.5-litre BlueHDi 130hp, four cylinder turbodiesel unit which will replace the 1.6-litre units in due course. The 2018 Peugeot 308 is the first model to have this new PSA Peugeot-Citroen Group engine which has CO2 emissions of only 96g/km.

There is no doubt that the Peugeot 308’s sales segment has taken a bit of a downturn with the public switching their desires to the fast growing mid-sized SUV segment and the same applies to smaller B-segment Supermini sized class of vehicles where compact SUVs are also in demand. In its favour the Peugeot 308 has mild exterior styling changes that include a smart new and less deep front grille flanked by sleek lights and there are revised front and rear bumpers. The new rear end looks on the chunky or stubby side but it does allow easy access to a large rear boot. However having this large boot does detract from the leg space on offer for rear seat passengers and with the front seats moved back there is very limited rear seat legroom. 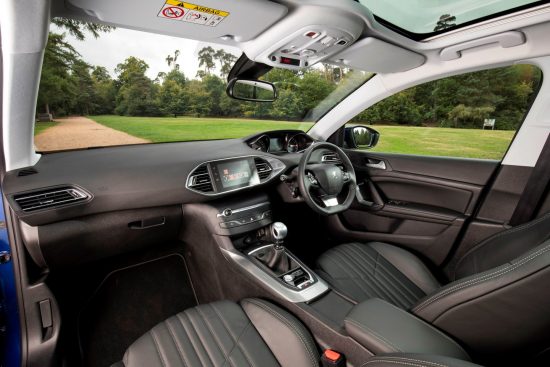 Up front inside the 308 the new i-Cockpit retains the twin area design with a good quality dashboard trimmed with soft-feel coverings.   The fascia is minimalist with not many controls and switches making it look very uncluttered.

The downside is that many of the most used controls have to be done via the touchscreen and whilst there are shortcut buttons either side of the screen you still need to mess about to adjust the most used functions such as the heating, ventilation and air-con control functions. This is frustrating and errs on the side of not being totally road-safe when driving.

There is the usual small diameter steering wheel with the instruments viewed over the top of the wheel which, being tall, I like but I gather shorter drivers have issues with seeing the dials.   The seats are generally comfortable and supportive but being tall it does take some adjustment to get the steering wheel adjustment and position and height of the driver’s seat in the most comfortable position. Overall the interior retains its high class visual appeal.

There has been a general upgrading of specification throughout the range and my test drive model, the likely best selling 1.2-litre PureTech 130hp turbo petrol with Allure specification, would be my choice especially as it was combined with the 6-speed automatic gearbox. The on-the-road price is a reasonable £21,640 but, and there always is a but these days with new cars, there was a long list of extra cost options fitted. These included the Driver Sport Pack at £370, Driver Assist Pack at £500, Keyless Entry with Stop/Start button at £350, City Park with Blind Spot monitoring at £400, larger 18-inch alloys at £300 and the Visio 180-degree reversing camera at another £200, so the final price added up to a hefty £23,760. 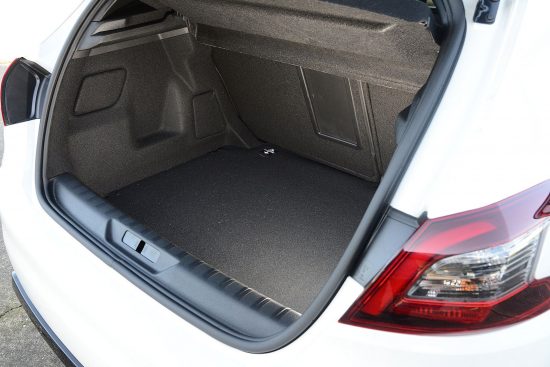 That’s the styling and specification packages, now for what really counts – the engine and auto gearbox. The PSA Group’s new technology PureTech engines are recipients of numerous Engine of the Year awards. In this particular version the 1.2-litre, three-cylinder turbo petrol unit is the pick of the bunch. It is a real joy to drive, it’s responsive, it’s quiet and it’s fuel-frugal even with the auto gearbox. With 131hp and more importantly 230Nm of torque available from 1,750rpom, remember this is a petrol unit – not a high-torque diesel, the top speed is 124mph and zero to 62mph takes 9.8-seconds. I’ve driven this engine in other Peugeot/Citroen models and it always comes out the best to option and the one I always end up recommending. The added bonus this time around is that it was mated with the six-speed smooth changing automatic gearbox and that just made the driving experience even better.

No matter whether it was pottering around town in stop-start traffic, driving on winding country roads or accelerating and cruising on motorways, this combination is the real-deal. Officially the Combined Cycle fuel consumption is 57.6mpg but my test driving returned 42.2mpg which normally I would say, compared to the official figure, was not good enough. However for real life driving and driving refinement with the auto box it’s a figure I could live with and not feel short-changed. With CO2 emissions of 112g/km the VED road tax cost is £160 First Year rate and then £140 after that. The growing number of company car drivers choosing petrol over diesel powered models will not find the 21% Benefit-in-Kind tax rate too off-putting. The manual version with 107/km has a BiK tax rate of 20%.   Insurance is Group 17E.

As for overall ride comfort it was generally good although my test car had the larger 18-inch wheels which I wouldn’t recommend. With their thin strip of rubber low profile tyres they couldn’t absorb impacts from poor tarmac surfaces or potholes. On smoother roads they were ok but the ride felt jittery at times. Stick with the 17-inch wheels and their higher profile tyres is my advice. The handling was sure-footed and cornering predictable. The small diameter steering wheel isn’t to everybody’s choice but I liked it and it does sharpen up steering responses and gave accurate steering lines through corners and it helps easy parking in tight spaces. 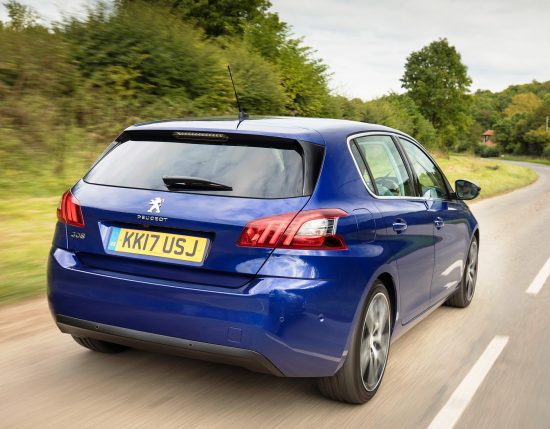 Overall perhaps the latest Peugeot 308 hatchback overall is not the most accomplished or roomiest car in its sector but the engine and gearbox combination certainly is as good as it gets and that has to be a major consideration for today’s customers.

Against: Restricted rear seat legroom for a family car, too many most-used controls have to be operated via the touchscreen, larger optional 18-inch wheels harm the ride comfort over poorer road surfaces, automatic emergency braking should be standard fit these days – not an extra cost option.