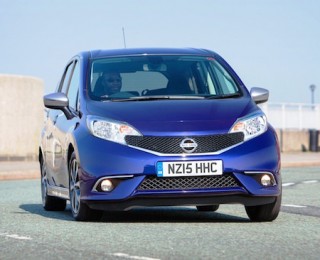 The n-tec Note is described by Nissan as value-laden and that is certainly not over-stated. N-tec levels have been very popular for Nissan’s X-trail SUVs, the Qashqai crossover SUVs and the new Pulsar five door family sized hatchback ranges so it is a logical move to offer it for the popular Note range which sells against such models as the Honda Jazz and the Ford B-Max.

The new Note n-tec is positioned in the model line-up between the range topping Tekna variants and the mid-grade Acenta Premium.  It is only available with the dull and throaty sounding 1.2-litre, 80hp three cylinder normally aspirated direct injection petrol engine with a five speed manual gearbox.

On the bright side this unit officially returns 60.1mpg in the Combined Cycle  with CO2 emissions of 109g/km so it is cheap to run with VED road tax costing £0 for the First Year rate and then only £20 for Year Two onwards.  Insurance is also relatively low cost rated as Group 10E.

The engine might be frugal but it is not the latest Note’s most notable feature.  With only 110Nm (81lb ft) of torque available from a high 4,000rpm the engine response during acceleration is slow and full use has to be made of the gearbox to keep the revs in the most efficient powerband.

This engine will be acceptable for those not making long journeys with the car fully laden with passengers and their luggage. It is better suited for those shorter commuter or shopping trips probably away from motorways. 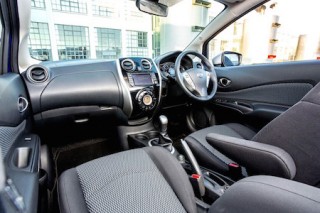 As is often the case with this new generation triple cylinder engines they might look frugal on paper but in real life they need to be worked harder to keep up with motorway traffic speeds and they can struggle climbing hilly roads and that requires full use of the slick changing five speed manual gearbox.

As an example of real-life fuel economy I drove the Note 1.2 n-tec on one journey of 90 miles using a combination of motorway and A/B roads plus some stop-start outer London traffic. That journey returned a reasonable 55.4mpg but the driving experience engine-wise was dull.

On the return journey the same day with the same load on the same roads but driving into a strong headwind the progress was hard work and the fuel economy finished up at 46.9mpg. That was 8.5mpg less so fuel consumption and performance are very dependent upon driving conditions.

Other journeys during my test driving week gave an overall average of 49.8mpg.  All this driving was undertaken in Eco mode except for a short spell in normal mode just to see if the engine performance perked up any – it didn’t.

It is a pity that the new comprehensive and desirable n-tec specification level is not available with the spritely 1.2-litre supercharged petrol engine.  That said driving performance in terms of ride comfort and handling is totally acceptable.

Yes shocks from potholes are not totally cushioned but by no means can the ride comfort be described as harsh or even firm. It is relatively compliant and the car is well balanced during cornering and under braking. The steering is light and quite precise which good front end grip and with its ample sized windows visibility is good so parking is easy and made even better with the rear view camera.   The n-tec additions include blind-spot warning which was very useful when being passed by faster moving traffic but the lane departure warning I found intrusive so that function is a personal choice.

Inside the five door bodyshell which is 4.1-metres long there is ample seating for five people, perhaps four if they are adults. The 60/40 split folding rear seat backs allow the load area to be utilised for best use. The minimum boot space is 325-litres but with both seat backs folded this goes up to a huge 1,495-litres if loaded to the roof. 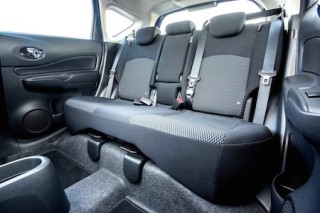 The rear seat also can slide to improve legroom. The doors are wide opening so access for the young and old is easy and the slightly elevated seats will be appreciated by those loading child seats but more likely by elderly people and who will also appreciate the high comprehensive specification normally found on larger and more expensive cars from which they are likely to be down-sizing.

If modern looks, high specification, comfortable travel all wrapped up in a compact hatchback meets your motoring needs and these are priority requirements over outright performance, the Note 1.2 n-tec delivers those well enough. 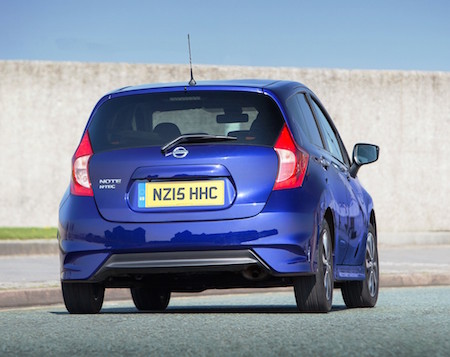 However the downside is the engine which provides dull performance for long journeys and is more suited for commuting distances where speed is not important.

On the plus side the fuel economy, driven at low to medium speeds, is very acceptable as is the low road tax and insurance costs.

Against: Sluggish 1.2-litre normally aspirated petrol engine, no other engine choice for the desirable new n-tec level of specification.