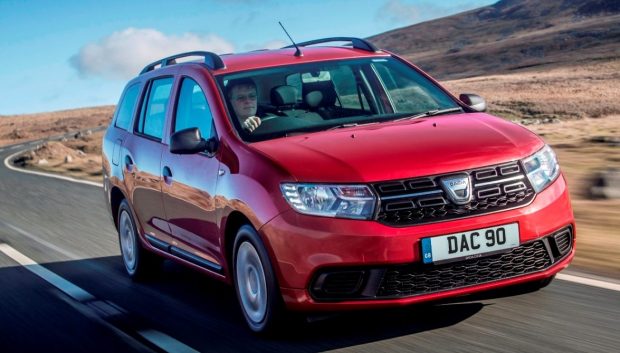 Before I tell you anything about the 2017 Dacia brand, their sales or their low prices, I must explain the headline.

This was no economy drive but my normal driving of commuting trips to town, a longer country roads journey and a motorway/dual carriageway journey at 70mph cruising speeds with a fully loaded vehicle.

How do I know the figure is correct, it seemed impossible it could be that good? Well the test car arrived at my office with the gauge still showing full of fuel. But with this budget buy £10,895 estate not having an on-board computer to give me the mpg figure or the driving range left in the tank there was no way of knowing what the real-life mpg figure was going to be.

So a fill-up to fill-up check was the option.   What really started to concern me was after 100miles the fuel gauge hadn’t moved, it still hadn’t after 173-miles so a pit-stop was called for to top-up the tank just in case the gauge was faulty. It took just 9.01-litres, or two gallons in UK terms, and a quick calculation showed indeed the figure was 86.07mpg. And it didn’t stop there because after the return journey the gauge still hadn’t moved. The only concession I made was driving the Logan diesel in its ECO setting as I do with most test cars.

The other good news, apart from the low purchase price and brilliant fuel economy, is that this engine officially returns 80.7mpg in the official EU Combined Cycle test so it is probably the only car I have driven over numerous years that has done better than the official figure, other than taking part in economy driving events. 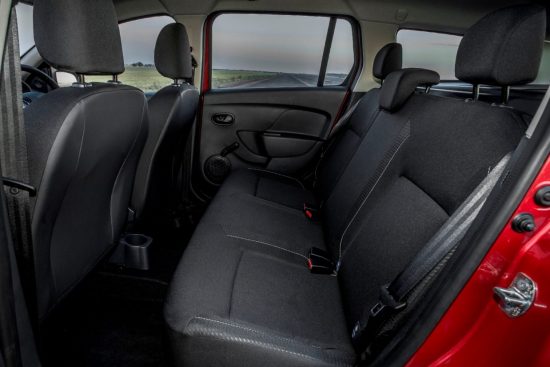 The Dacia Logan estate actually has on-the-road prices starting from £7,295 and they top out at £12,095.   There are three engines on offer, two petrol and one diesel. The petrol units are a 1.0-litre three cylinder normally aspirated 73hp unit and 898cc turbo three cylinder 90hp unit.

The turbodiesel is a 1.5-litre four cylinder 90hp unit, all have five speed manual gearboxes and automatic is due. When it comes to specification levels there is a choice of three. The base Access level is only available with the 73hp petrol engine, Ambiance and Laureate levels are available with all three engine options. A Stepway version of the Logan is also due priced from £11,495. This has muscular styling with flared wheelarches, low body protective cladding and a raised ground clearance to give it an all-terrain look even though it’s still front wheel drive.

The 2017 Dacia UK range also consists of the five door Sandero hatchback, billed as the most affordable new car available in the UK at £5,995.

Next in line is the Sandero Stepway priced from £8,995 and the best selling Dacia Duster – the most affordable SUV with 2WD and 4WD versions priced from £9,495.

Renault acquired the Romanian Dacia company in 1999 and was re-launched with new models in 2004 and over four million Dacias have been sold in that period in 38 countries. Sales started in the UK in 2013 and over 100,000 have been sold since then mainly to customers buying their first new car. For the first seven months of this year Dacia UK sales are 15,847 cars and increase of 6.8% over the same period last year in a UK new car market showing a fall of 2.2%. The value-for-money Dacia brand now outsells longer established brands such as Infiniti, Jeep, MG, Mitsubishi, SsangYong and Subaru.   UK sales of Dacia vehicles are handled either through Renault dealerships or on-line via their dedicated sales website.

The Dacia Logan MCV five door, five seater estate perhaps will not win many awards for its styling inside or out. There are no curvaceous panels or sharp styling lines but just an honest and practical package. There is no tinny sound when closing doors, the vehicle feels solid and well built using Renault knowhow and components. 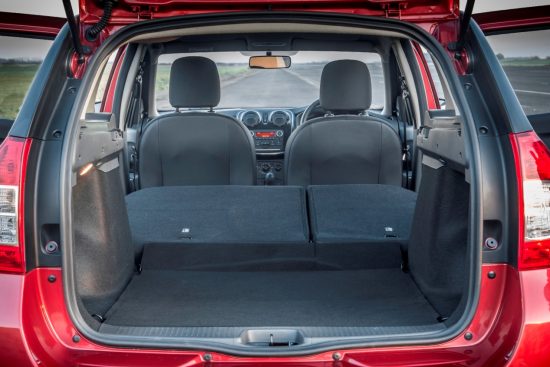 With an overall body length of 4,501mm there is ample room for five, leaving a boot capacity of 573-litres. Fold down the 60/40 split rear seat backs and this rises to 1,518-litres. I tried the Ambiance dCi 90 turbodiesel version, the mid range spec level with its frugal turbodiesel engine, Renault’s best selling engine overall. 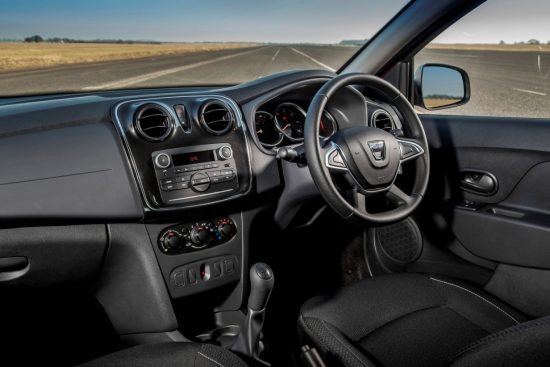 Inside changes include chrome trim detailing, a new steering wheel, upgraded upholstery and additional storage. Heating controls are sensibly placed but are a bit rustic in look and feel. The ride comfort and overall handling are good and the steering well weighted. It’s not meant to be a sports estate but it is equipped with what most practical customers want.

The 1.5-litre turbodiesel engine with 90hp and 220Nm of torque available from 1,750rpm is relatively quiet except when it’s fully under load and the engine can run out of puff overtaking slower traffic at speeds above 50mph. The five speed manual gearbox has well spaced ratios to suit the torque output with fifth gear being more of an overdrive ratio. 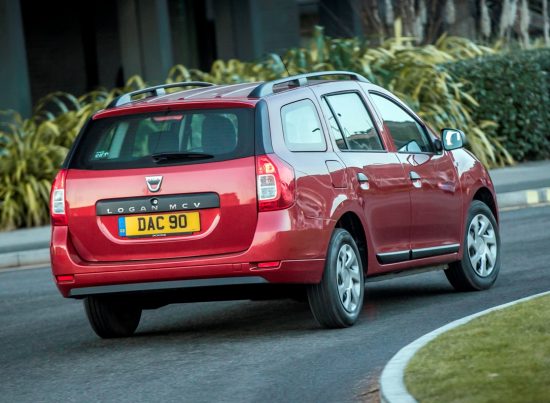 The engine droned and felt less happy in fifth below 50mph so for country roads more driving was done in fourth but as my test drive proved that didn’t harm consumption. Having a high fifth gear meant that 70mph cruising only used just 2,000rpm so that helped fuel economy and made possible the seeming impossible.

Against: Bland exterior and interior styling, hard plastic interior trim, some rustic quality controls, limited mid-range acceleration, small criticisms and at this price in the real world who really cares?