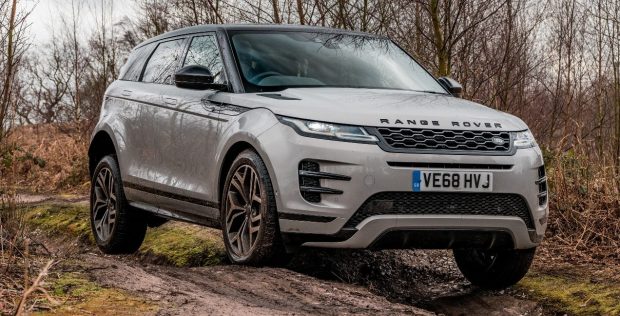 Launched earlier this year the second generation baby Range Rover – the Evoque now starts its 2020 model year sales with prices ranging from £31,295 to £50,425 plus options.

The original compact SUV Evoque launched in 2011 was seen by us motoring folk to be the replacement for the Land Rover Freelander practical family sized and potentially affordable SUV.

But the Evoque gained an up-market Range Rover badge, specification and prices but it didn’t go soft and retained the legendary Land/Range Rover off-road abilities. Not that most modern-day Evoques will venture too far of the public roads, it’s more city fashion trendy than country-use smart. 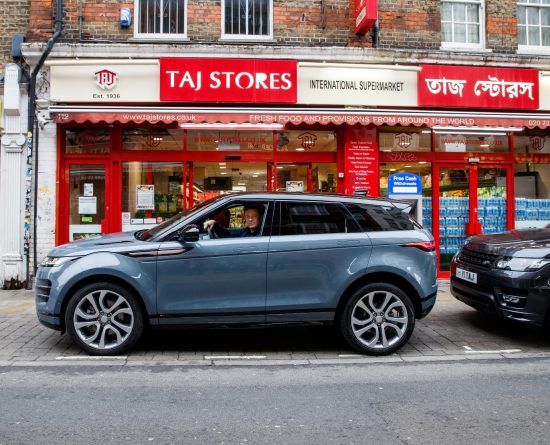 The exterior visual look of the new Evoque is similar to the first generation model but with more of an exaggerated, rakish and lower coupe roofline which does restrict headroom through the door frames in the front and even more so in the rear.

Front headroom in the car is ok but much less so in the rear for tallish adult passengers.

The rest of the exterior shape continues the rounded and moulded styling of other Range Rover models but downsized from its big-brother stablemates.

This generation Evoque sits on a new platform with the front and rear axles further apart increasing the rear legroom by 20mm. The boot is 10% larger without growing the overall length with 591-litres of space or up to 1,383-litres with the 40/20/40 split rear seat backs folded down. The rear suspension has been revised for a more compliant and less ‘choppy’ ride as well.

Most of the new bodyshell is constructed of steel, 13% more torsionally rigid than before but it doesn’t benefit from the lighter aluminium structure of the brand’s larger SUVs. It appears using aluminium increases the size of a vehicle and it was important to maintain the compactness of the new Evoque as for most owners it is used as an urban vehicle. 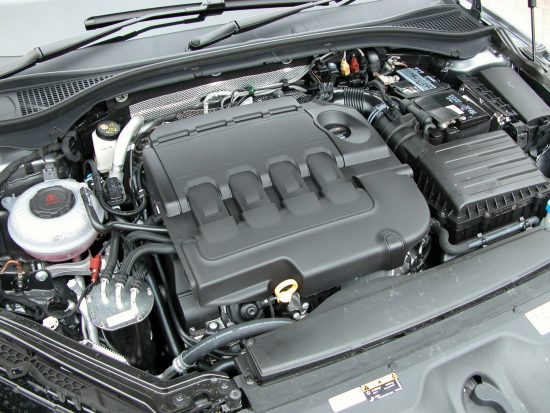 For now all but the base 2.0-litre D150 turbodiesel engine are boosted for acceleration with improved fuel economy and lower emissions by using a 48v mild hybrid system. This harvests battery power under braking using the engine’s belt-driven starter-generator motor and then it’s deployed back to the crankshaft when needed for acceleration and it powers the stop-start function as well.

The current engine line-up is all Jaguar Land Rover Ingenium units, all 2.0-litre, 4-cylinder turbo units. For diesel power, the expected choice of 75% of customers, there is the D150, D180 and D240. The petrol units are P200, P250 and P300. The figures denote hp and the exact engine availability depends on the spec level chosen.

All but the base model are AWD (all-wheel-drive) with the D150 FWD model available with manual and auto transmission options and all the other engines have 9-speed automatic gearboxes as standard. The AWD system uses a clutch based torque vectoring on demand system and the brand’s Terrain Response 2 is of course standard for all AWD versions.

That makes the Evoque a proper off-roader, if required, unlike its main premium brand competitors such as the Audi Q3, BMW X1, Mercedes GLA, Volvo XC40, Jaguar E-Pace and Lexus UX which are in the same compact SUV sales sector but have limited mud-plugging abilities; or SUVs with style over substance as I refer to them.

So with a wide range of prices, power units with more to come, the new Evoque line-up of models is huge when you add in the specification, equipment levels and extra cost options. The core levels are Evoque, S, SE, HSE and First Edition with the additional sports treatment trim R-Dynamic option available for S, SE and HSE variants. 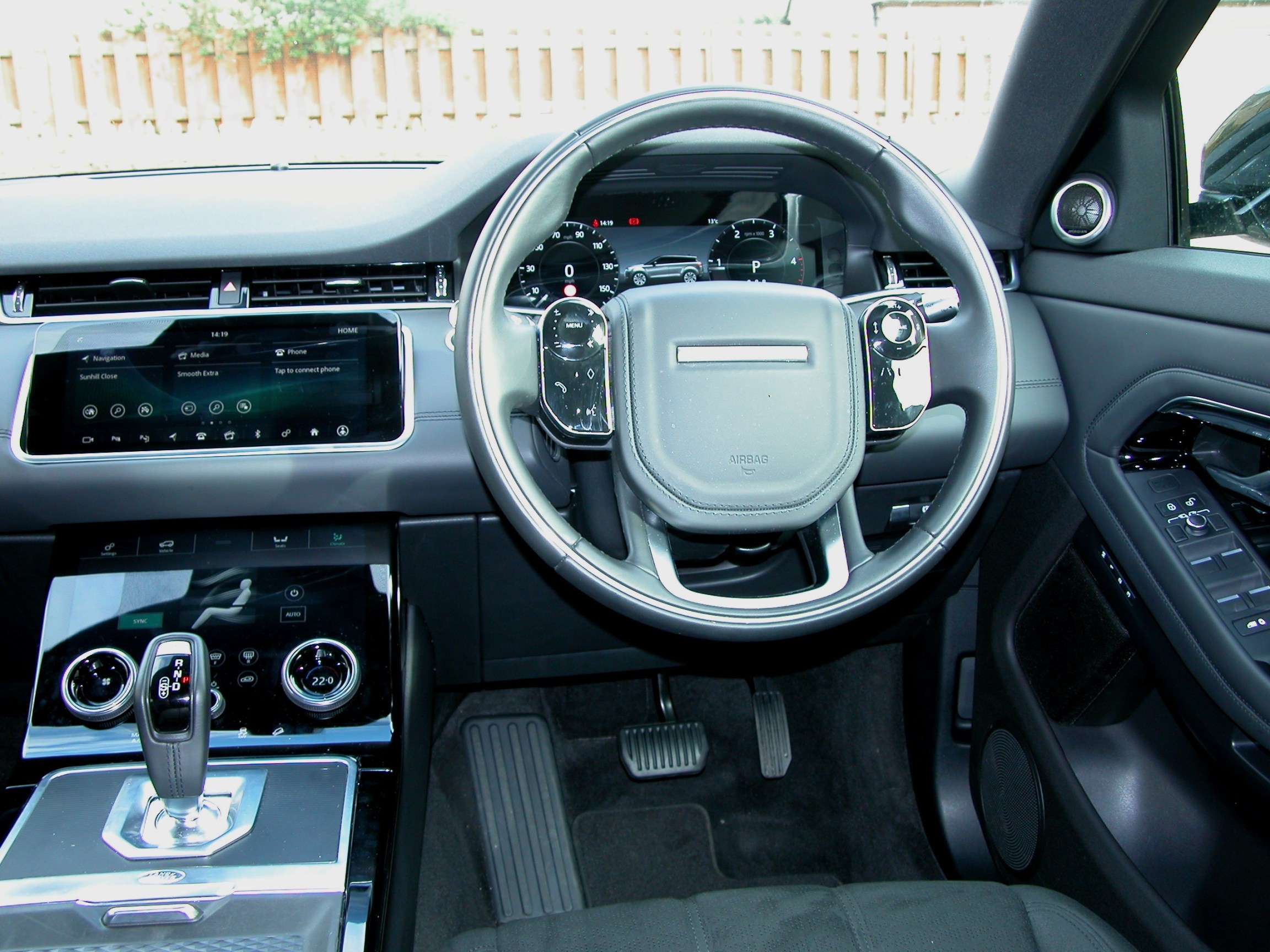 There really isn’t base level spec, all Evoques have a high level of equipment, seemingly of good quality and all well laid out.  Connectivity and infotainment functions are comprehensive as are new award winning and innovative driving visibility functions on higher spec models or as an option on other versions.

The Clearsight Rearview mirror, in addition to a normal rear view camera, uses a roof mounted camera for the touchscreen display or it can be switched to the rear view mirror giving a widescreen view.

There is also Clearsight Groundview which is a system of cameras on the front bumper which reproduce an image of what’s underneath the front of the car on the upper of the twin infotainment screens. It would appear to be useful off-roading negotiating rocks or just as efficient in the urban jungle for parking or negotiating kerbs in tight multi-story car parks.

In all on my test drive HSE Evoque there were three screens, four if you count the head-up display. In addition to the double-decker centrally positioned touchscreens and head-up display there was a screen in the instrument binnacle which together could be information overload but I suspect it will all be required for eventual autonomous driving.

There are of course all the usual sat-nav functions and the lower of the central screens also controls the heating and ventilation controls and the various Terrain Response 2 off roading functions plus much more.

Having to look down at this screen isn’t the most user-friendly design and some of the controls are complex to use and it took some while to gain familiarity with everything on offer. 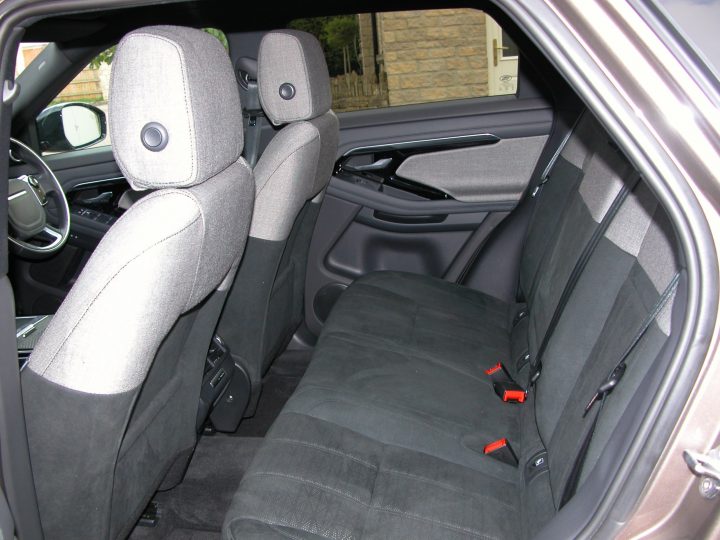 My Evoque D240 HSE automatic AWD test vehicle priced at £47,800 had some options which included the £535 black contrast roof which I thought emphasized even more the height restrictive coupe roofline and the £1,100 fixed panoramic glass sunroof.

This 2.0-litre 240hp Jaguar Land Rover Ingenium series 4-cylinder turbodiesel engine develops a huge 500Nm from just 1,500rpm and aided by the 48v hybrid system. Whilst it won’t be the most popular diesel engine due to purchase and running costs for UK customers, it is by far the most responsive and strong engine on offer, even in Eco mode which can be selected for all types of motoring conditions due to the high torque output.

Annoyingly Eco mode has to be selected every time the engine is started apart from the Stop-Start function. The power unit’s ‘grunt’ met all motoring demands whether it was effortless cruising speeds, strong acceleration or docile urban stop-start dawdling conditions. 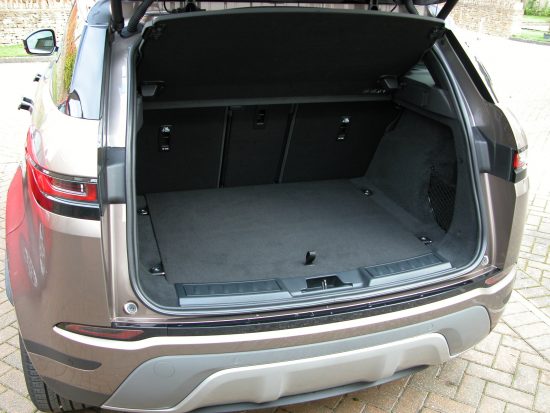 With the standard 9-speed automatic,  driving was easy, it’s only when you start to look at the comprehensive off-road applications does it get more complicated but the one thing we know is that as a Land/Range Rover its off-road performance is supreme, but in terms of cost or abilities for a fashionable compact SUV used in towns and cities rather than as a rural workhorse, is very debatable.

The ride comfort was compliant and the handling surefooted but the steering lacked feedback and felt spongy with a strong tendency for the steering wheel to return to the straight ahead position. Being tall I found getting in and out of the vehicle, due to its low headroom through the door frames, to be off-putting.

Top speed is 140mph with the zero to 60mph acceleration time of a swift 7.2-seconds. The new WLTP fuel consumption official figures are 37.9 to 40.4mpg but for my week of motoring the real-life figure couldn’t match those with the vehicle returning 34.1mpg overall.

The CO2 emissions are a high 163g/km so that means the diesel rate First Year road tax costs £855 and the Standard rate is £145 but with the added £310 five years annual supplement to be added to that figure for five years as the vehicle costs over £40k.  Company car drivers get stung for the maximum 37% Benefit-in-Kind tax because of the 4% levy placed on diesel fuelled new cars. 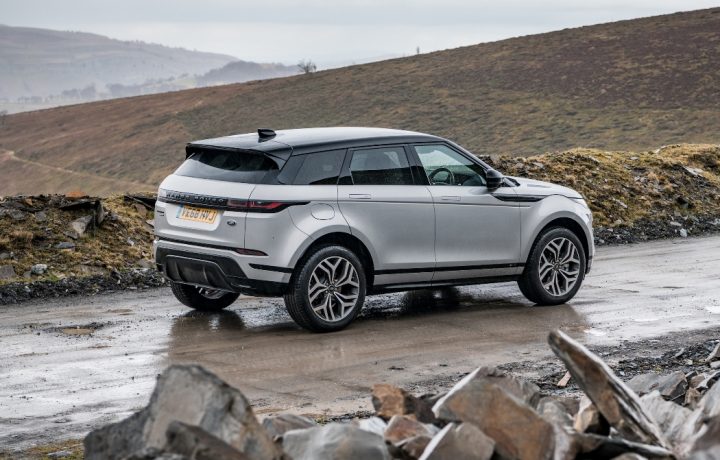 Overall it cannot be disputed that in its premium brand compact SUV sector the first generation Range Rover Evoque was hugely popular and so will the new models be despite some drawbacks in terms of high prices for the more powerful top spec models with high running costs as well. But that doesn’t seem to deter fashion conscious customers.

Against: Some models are very pricey and have high tax costs, limited head room through the door frames and rear seats area due to the low roof height, real-life fuel average economy fell short of the new WLTP official figures, Eco mode has to be selected at each start-up, potentially too sophisticated and expensive AWD system for a vehicle used mainly by most people as an on-road fashion wagon SUV.