You are here: Home / Industry / Distribution / Severn Tolls to be cut next week 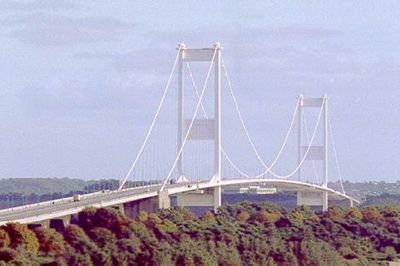 This January will mark an event which drivers in Wales, the South West and West Midlands have long been waiting for – a price slash for the Severn Crossing tolls – which will save commuters who use the bridge on weekdays almost £300 on average.

After years of inflated prices, the Severn Bridge Crossings will cost £5.60 for cars to travel between England and Wales from 8 January.

Until now, the two bridges have cost weekday commuters a whopping £1,742 to get from England to Wales on average, but this will drop by £286 from the 8 January to £1,456, saving them a few extra pounds over the year.

But it is larger vehicles which will see the biggest savings, with HGVs weighing over 3,500kgs saving a whopping £858.

The two bridges, connecting England to Wales via the M48 and M4 sees 25 million vehicles a year and has pocketed £167.5m in the last year alone, but will become free for drivers from 2019.

And when this day comes the Severn Crossings could see a large surge in traffic, as drivers won’t be digging deep into their pockets for pay for the privilege. In fact, more than one in seven (14%) would consider moving home or getting a job across the border when the tolls are reduced or scrapped.

As it stands, the average driver in Wales uses the bridges six times a year, while those in the South West go over and back just five times in 12 months. Drivers in the West Midlands use them the least at just four times a year. In fact, almost one in 10 (9%) motorists admit they take a longer detour to avoid paying the current bridge tolls. But one in seven (14%) say they will use the bridges more once the tolls are reduced.

The rising cost of the tolls has created a divide between Wales and the western English regions for many years, requiring them to fork out every time they cross from England over the Welsh border.

But drivers aren’t just concerned about saving money. Almost a fifth (17%) of drivers in Wales, the South West and West Midlands believe the Severn Crossing has been damaging to the local economy.

However, more than two fifths (42%) think that this will boost once the tolls have been scrapped, with the government expecting it to boost the economy in South Wales by £100m a year.

Some have also seen a rise in house prices in Chepstow and south-east Wales as Bristol home-buyers look further afield with the knowledge their commuting costs will be reducing in future.

Prices of the Severn Crossings by vehicle type