You are here: Home / Roadtests / 2018 / SEAT Arona adds to choice and confusion 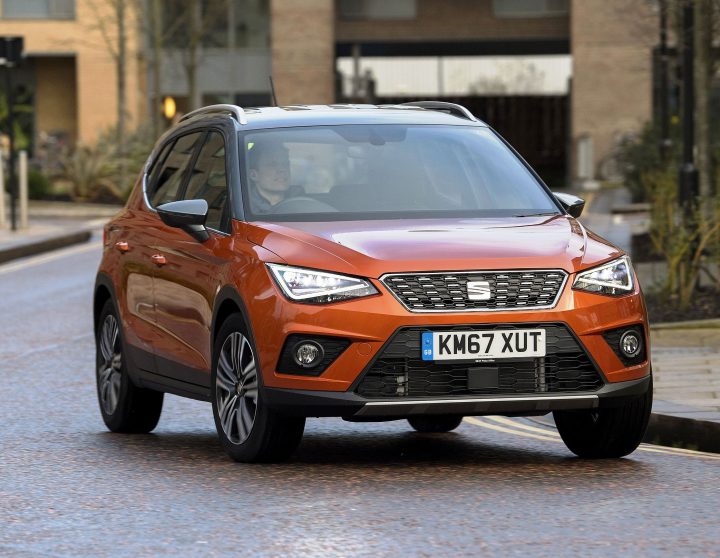 Another week arrives and yet another new range of SUV models is released into our new car market already overflowing with choices, writes David Miles.

This time it’s the SEAT Arona SUV largely based on SEAT’s recently introduced Ibiza supermini sized hatchback range. They both share the VW Group’s A0 version of their highly rated MQB platform.

The Arona’s core specification levels are SE, SE Technology, FR, FR Sport, Xcellence, and Xcellence Lux. There are also First Edition versions of the SE Technology and Xcellence. Depending on the spec level chosen there is a choice of three TSI petrol engines and two 1.6 TDI turbodiesels.   The petrol units are 1.0-litre, three cylinder 95 and 115hp and the new VW Group 1.5 TSI EVO 150hp unit with cylinder deactivation. The diesels are 95 and 115hp units. Although classed as an SUV there is no four wheel drive or Grip Control option, they are all front wheel drive models. Depending on the engine chosen there are five and six speed manual gearboxes and a DSG automatic option for the 115hp petrol and 95hp diesel engines.

At the media launch this week Hywel Evans, SEAT’s UK product manager for Arona said, the expected best selling version will be the 1.0-litre 115hp manual with FR specification priced at £19,895. Petrol powered models are expected to be the choice of 70% of UK customers, 75% will choose a manual gearbox and 60% of sales will go to retail buyers.   As a guide to sales numbers the Arona is expected to match their best selling new Ibiza range.

He added that the compact SUV sector in the UK has grown four-fold since 2015 with 271,000 sales last year and predictions are for 301,000 registrations in the sector this year. 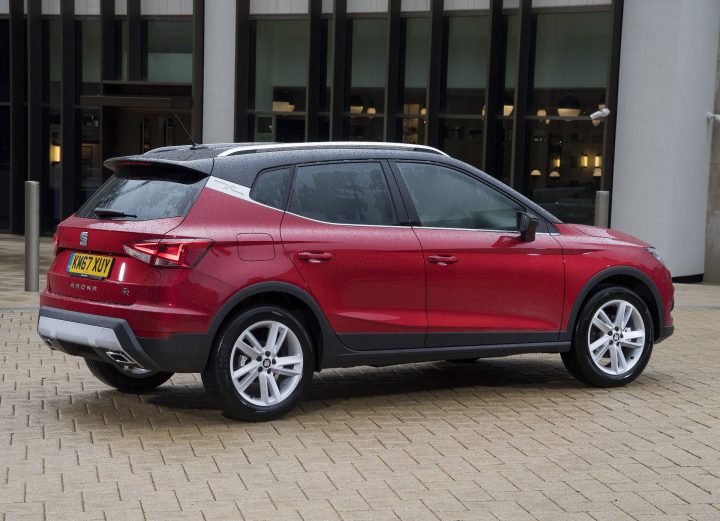 On the subject of sales numbers, like all VW Group brands, SEAT no longer give out such information although the VW Group of brands have just reported a record year for global sales of 10.74 million new vehicles, an increase of 4.3% over 2017.

In the UK SEAT sold an all-time record 56,130 new cars last year, an 18.3% increase over 2017 in an overall new car market down by 5.65%. They claim to be the fastest growing mainstream brand in the UK and Europe as a whole. 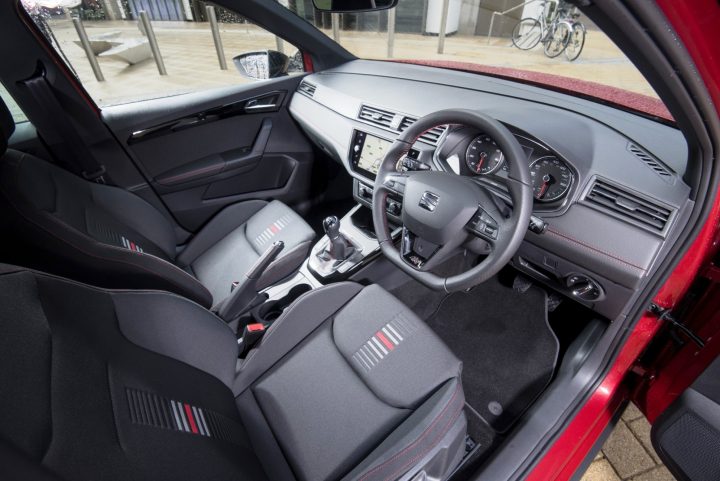 It is a well put together package and above all it will appeal to families because it offers more rear space for passengers. The driving position is good, there is ample visibility thanks to its raised ride height and well proportioned windows.

Add in the well known capabilities of the MQB A0 platform and we have a sharp handling and nimble vehicle but it is just one of many new such compact SUV vehicles available so it’s a competitive and large market sector.

It will be the price and the convenience of a good SEAT dealership that will be important deciding factors as to whether a customer chooses the Arona or anyone of a number of alternatives similar models available.

At the media launch, based in Cambridge and taking in a test driving route covering the crowded streets of the university city and the flatlands of Suffolk and Norfolk, we tried the best selling 1.0-litre, TSI three cylinder, turbo petrol 115hp petrol engine with its six speed manual gearbox. Unfortunately this engine with the best selling FR specification priced at £19,895 wasn’t available but it was with the FR Sport level which includes larger 18-inch wheels – not a choice I would recommend.

This model is priced at £20,665.   These larger wheels combined with the FR sports suspension are ok for main road travel but around potholed town roads and poor country roads they unsettled the ride comfort and provided chopping handling. My preference would definitely be for standard 17-inch wheels with the FR spec which will be softer riding and with more controlled handling and its £770 cheaper than the FR Sport.

The TSI turbo engine we know well from the various VW Group models and with the Arona it is combined with a six-speed gearbox or for an extra £1,080 you can choose the DSG twin-clutch automatic transmission. Given that the Arona is a family vehicle, even a compact one, the power provided by the 115hp unit does give that extra bit of performance when the vehicle is loaded.   With 200Nm of torque from 2,000rpm matched with the six speed gearbox it performs well across a the wide-ranging requirements for smooth travel in and around towns, spritely performance when required on open roads and it’s still refined for motorway cruising speeds.

It does require quite a lot of gearchanges on winding country roads to keep it in its power output sweet-spot but there is enough torque to allow block gearchanges, third to fifth or four to six to ease the number of those changes.

The Combined Cycle figure is 56.5mpg but we didn’t get close to that during our test driving even at leisurely speeds with a figure of 43.9mpg and much of that was done in Eco mode. Currently The Arona has a PCP finance offer of a £1,000 deposit contribution by SEAT and payments over 48-months start from £219 per month. 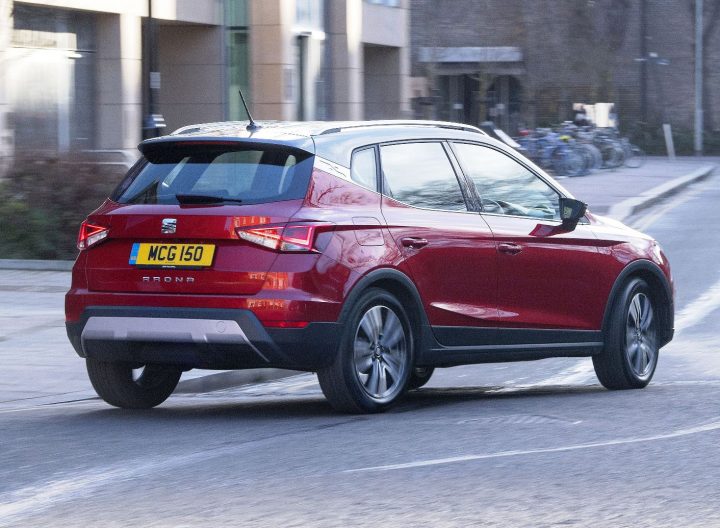 SEAT Arona is a smart and roomy addition to a highly competitive and popular compact SUV market. It’s good to look at, well equipped, roomy, mostly well priced but so are many of its competitors. Good though it maybe I’m not convinced it’s a ‘showstopper’ or is going to become the benchmark range by which others are judged in this sector.