You are here: Home / Featured / Osian Pryce was right on line in Belgium 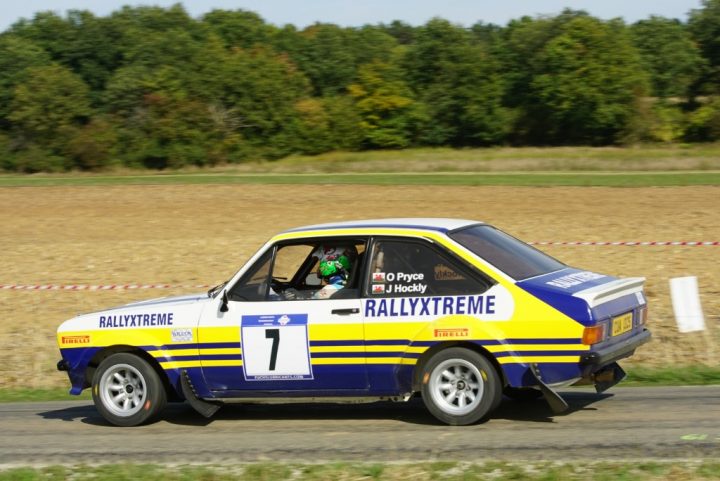 Osian Pryce dominated the Historic section of the Escort Rally Special, finishing 55.61 seconds ahead of his nearest rival in his RallyXtreme-prepared Escort Mk2 RS1800.

Many of the local Belgian drivers praised Osian on his incredible performance, saying that such a magnificent result by a visiting driver is virtually unheard of.

The one-off event had been organised to celebrate the 50th anniversary of the building of the first Escort in 1968, and had attracted a capacity 140 car entry that were separated into three different sections – the competitive Modern and Historic sections, and the non-competitive Demo section. Based in the town of Couvin, in the Walloon region of southwest Belgium, the event featured one 16 mile stage that was tackled four times.

Co-driven by Newtown’s Jess Hockly, the 25-year old Machynlleth-born driver set the fastest time on the opening three stages to lead the Historic section by 1 minute 36.75 seconds with one stage remaining.

Such was Osian’s pace that he was only 0.2 seconds behind Frank and Lauren Kelly, who were leading the Modern section in their RS2500, which, unlike Osian’s car, was fitted with a sequential-shift gearbox and power steering!

A clutch problem and engine misfire on the fourth and final stage delayed Osian, but such was his huge lead that despite dropping a lot of time, he was still able to win the Historic section by almost a minute. Behind Osian, Dirk Deveux/Kris Dalleine finished second in an RS2000, while Robert Smith/Alun Cook were third in an RS1800. 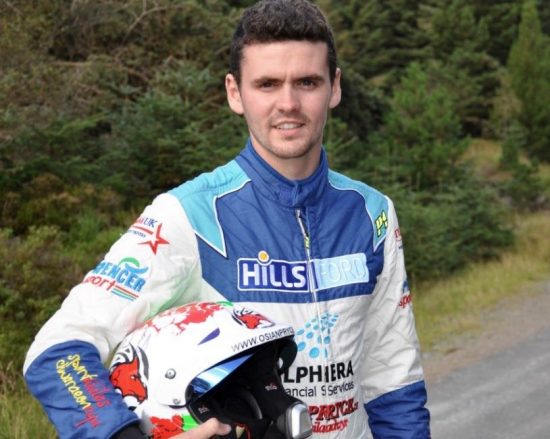 Osian (right) said, “The Escort Rally Special was a fantastic event which I’ll remember for a very long time. The road section to the first stage was a little bit tight and I was still outside the car putting my helmet on less than a minute before we were due to start the stage. Jess and I were a little bit flustered, but we finished the stage okay and couldn’t believe we were leading the Historic section by almost four seconds – which was the nearest anyone got to us during the entire event. 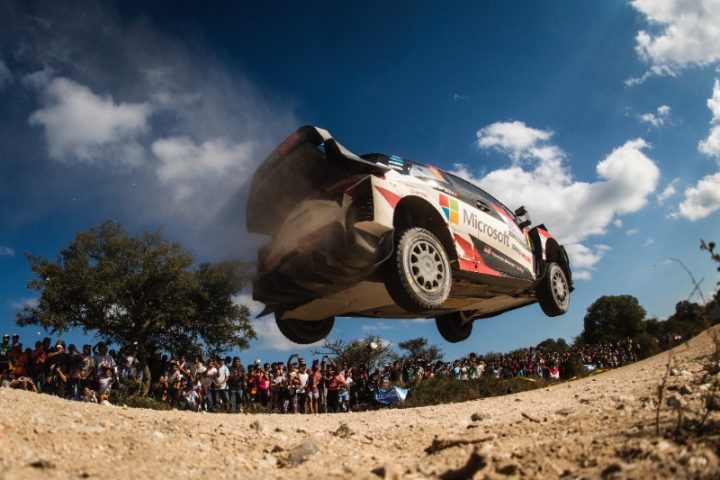 The electrifying battle royal for this year’s FIA World Rally Championship has intensified as the title race now arrives in the UK for what promises to be a thrilling Wales Rally GB 4-7 October.

The result of last weekend’s drama-laden Rally Turkey has further tightened the tussle for top honours with the three leading contenders – Thierry Neuville, Ott Tänak (above) and Sébastien Ogier – now locked in even fiercer combat with three pivotal rounds remaining on the calendar.

The first of these title deciders comes next month in Wales, followed by two equally critical encounters in Spain and Australia.

“We are witnessing the most incredible World Rally Championship for many, many years and now the action is heading right here to Wales – that’s a mouth-watering spectacle no one will want to miss,” enthused Ben Taylor, managing director of Dayinsure Wales Rally GB.

“The latest generation of turbocharged and four-wheel-drive cars are the most exciting cars ever seen in our forests and now fans have the added thrills of a title race. It’s going to be blockbuster!”