If they were to buy a new car tomorrow 48% of drivers would opt for a petrol model than one fuelled by diesel, 21%.

A survey of 2,000 drivers also found that 16% of motorists would buy a hybrid, LPG or electric powered car, says Gocompare.

There will be a £35m Government investment in the car industry in the West Midlands.

Nearly 3,000 skilled engineering and manufacturing jobs will be created in a new business zone at Whitley near Coventry, and there will also be new investment in roads in the region.

Mazda is recalling about 2.3 M models around the world and in Japan over two issues.

At home it’s concerned about a computer problem on a small number of diesel cars but just over 2 M recalls will rectify the rear-door lift assistors fitted to a selected models since 2007 and which may corrode and fail.

The EQUA Mpg results are free to access, and are available from www.equaindex.com.

Volkswagen Group could reach a final settlement with U.S. authorities as early as October over its large-engine diesel cars found to have cheated emissions tests, the sales chief of its premium Audi brand said.

JLR is pushing ahead with a 100-strong fleet of vehicles over the next four years to test autonomous systems.

They will feature the company’s vehicle to vehicle information systems and use technology to assist drivers but not replace them. 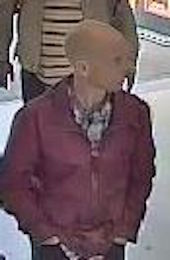 British Transport Police are looking for this Wrexham man in connection with an assault on a conductor.

At about 7.30pm on 16 July, the conductor was walking down the Llandudno to Manchester Piccadilly service when he came across a man without a ticket who refused to pay and at Flint punched the conductor in the face as he was leaving the train, so anyone with information is asked to contact British Transport Police on 0800 40 50 40 or text 61016, quoting 494 of 16/7.