You are here: Home / Motorsport / 2019 / Enduro season slips into gear 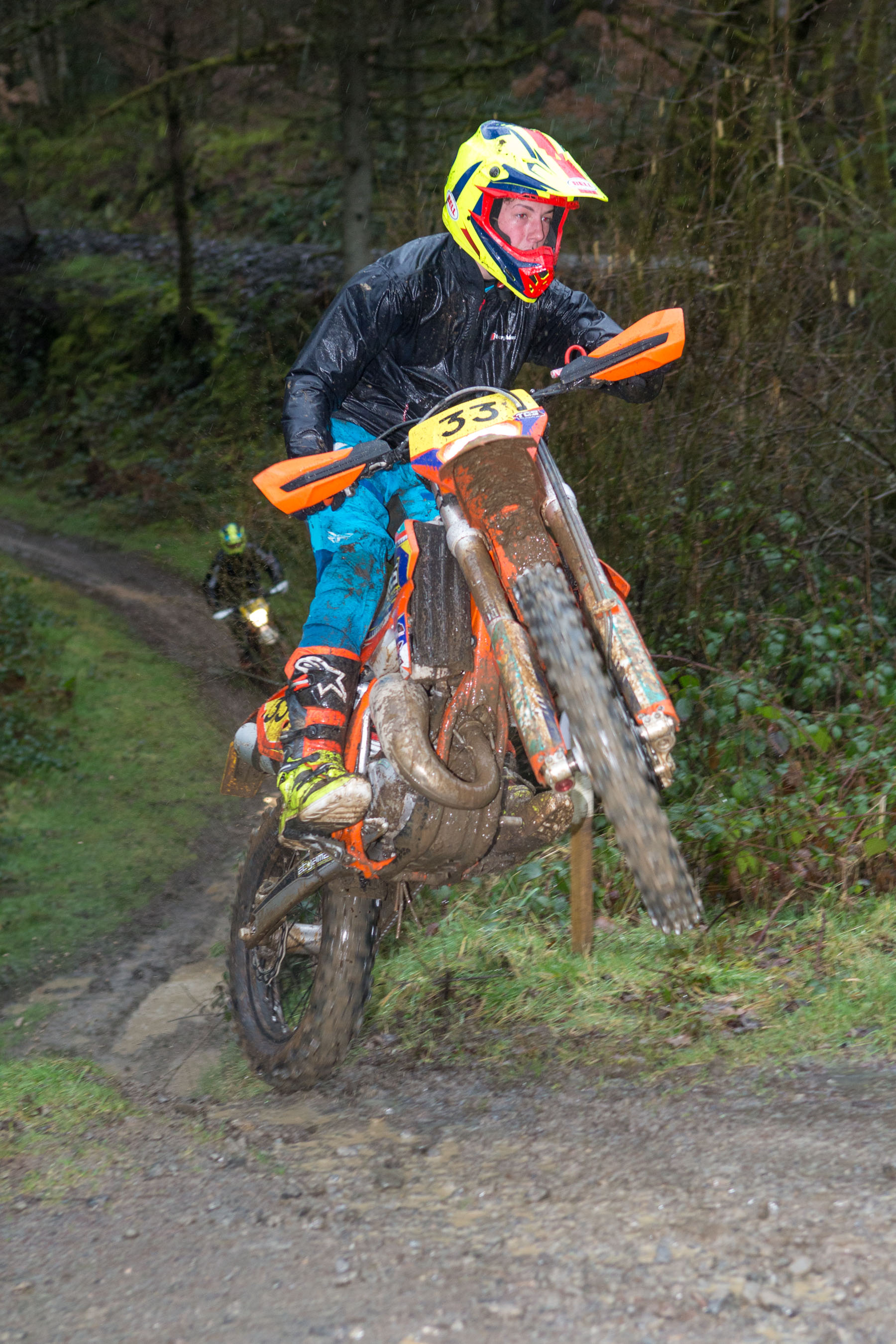 The 2019 Welsh motorcycle enduro season kicked into gear with the Welsh Trail Riding Association organised Snowrun Enduro, and for Mathew Harries from Ciliau Aeron the season has started on a high.

Harries (right) is 16 and a member of the Lampeter-based Dyfed Dirt Bike club competing in the clubman class and took outright victory on his ET James KTM 125, beating off far more powerful bikes in the process.

Runner up in the class was Martin Williams on a KTM 250 finishing just 1 second behind whilst 3rd went to Gareth Jones from Tregaron riding a Husqvarna 300 a further 12 seconds down on Harries.

Rhys Evans finished 20th in the class all having rode three laps of the 26 mile lap on rutted forest tracks deep in the Crychan forest above Llandovery.

In the Vets Over 40 class DDBC rider Iwan Rees finished 5th in the class whilst Calvin Williams from Lampeter claimed 10th place after riding three laps in the wet forest.

There was further victory for the DDBC with Philip George taking the win in the Over 50 class, whist John Hunt claimed runner up 14 seconds adrift.  Lampeter rider Gareth Davies would finish 5th all competing 2 laps of the course.

The championship class was won by Charlie Evans from Llanidloes riding a Off Road Experience Yamaha WR250 and in the process won the event outright as well.