You are here: Home / Featured / Dangerous drivers and their dogs 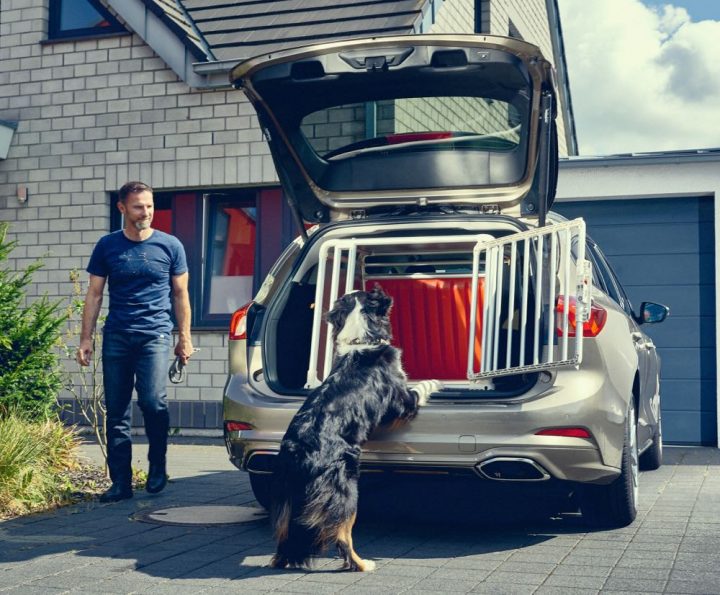 Drivers are putting their lives at risk – as well as those of their passengers and other road users – by not strapping their dogs into their cars.

Experts say if a car crashes at a speed of 40 km/h (25 mph), an unrestrained dog can develop projection forces 40 times that of its weight. At higher speed it will be still greater, possibly injuring or killing the dog or a human it hits.

A poll of 1,000 dog-owning drivers revealed 45 per cent do not secure their pets every time they drive and more than half of those allow their pets to roam free in the vehicle on every single journey.

Insurance claims can be invalidated if pets are not safely restrained in the vehicle.

The Ford survey found 29 per cent said their dog ‘doesn’t like being strapped down’ or crated during a drive, and 25 per cent claimed it’ was ‘pointless’ on a short journey. Ford produced a short video to explain the facts.

Another 17 per cent said they could not fit a dog crate – recognised as one of the safest ways to transport pets – into their car.

Ford commissioned the study in the wake of the development of the all-new Focus estate, which was designed to accommodate the biggest possible dog crate, which can even carry an Irish Wolfhound, the world’s tallest breed of dog.