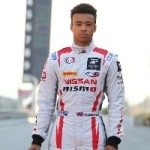 Wales based racing driver Jann Mardenborough is recovering after his sports car left the track and landed on spectators, killing one of them, at the Nurburgring on Saturday. One spectator died and several were injured but Jann, from Cardiff, is not thought to be seriously hurt after getting out of the car, being treated trackside and then taken to hospital for a routine examination and then … END_OF_DOCUMENT_TOKEN_TO_BE_REPLACED

Mercedes-Benz will build its first pickup truck inside five years, targeting sales at the European, Latin American, Australian and South African markets. No decision has been made about whether to launch the vehicle in the US and it will be built by Mercedes' commercial-van division. Welsh Government wants to electrify the Holyhead to Crewe main line and improve capacity between Wrexham and … END_OF_DOCUMENT_TOKEN_TO_BE_REPLACED

Three firms have been awarded the contract to start work on the £1bn M4 relief road project around Newport. The Welsh Government has jointly awarded it to Costain, Vinci Construction and Taylor Woodrow. The plans include 14 miles of new motorway and a one-mile  long viaduct over the River Usk. It will also mean major re-modelling of M4 junctions 23 and 29 with development work starting … END_OF_DOCUMENT_TOKEN_TO_BE_REPLACED

ERS will increase its staff-count in offices just outside Swansea from 230 to 398. As part of a reorganisation at the Lloyd's syndicate one of its English offices will close and it will move to larger offices in Swansea. Ford has passed a manufacturing milestone for its fuel-saving EcoBoost petrol engines - five million have been produced globally since the engine line was launched in … END_OF_DOCUMENT_TOKEN_TO_BE_REPLACED

The controversial Cardiff Airport Express T9 bus service has a new timetable from 1 April. The new direct link and separate rail/ shuttle bus services from Rhoose station are run by New Adventure Travel, who took over last autumn from the previous operator. Transport company FirstGroup has extended its deal with the government to run services on the Great Western rail network until 2019. The … END_OF_DOCUMENT_TOKEN_TO_BE_REPLACED

Honda is recalling over 104,000 models sold in the US over the last 14 years to fix faulty air bag cartridges. It is part of the global recall of models with Takata airbags found to send metal fragments into drivers’ faces when they go off in an accident. Volkswagen will reduce shifts and lay off at least 150 workers at its Russian car plant in Kaluga. The plant will work four days a week … END_OF_DOCUMENT_TOKEN_TO_BE_REPLACED

Jaguar Land Rover is recalling nearly 36,500 Range Rover Evoque sport utility vehicles in China after local media reported the British luxury carmaker used faulty gearboxes in models made in 2014 and 2015. The Chinese media has also accused Nissan, Volkswagen and Mercedes-Benz of overcharging and they have apologised. UK engine manufacturers produced 207,773 units in February, 414,459 so far … END_OF_DOCUMENT_TOKEN_TO_BE_REPLACED

Newly installed 50mph speed cameras on the M4 at Port Talbot have caught almost 4,500 motorists in two months. The average 50mph enforcement cameras on the two-mile stretch went live in January with fines of up to £100 and on average, just under 80 people a day were caught with figures peaking at weekends, possibly due to tourists. General Motors will pull its Opel brand from the plunging … END_OF_DOCUMENT_TOKEN_TO_BE_REPLACED 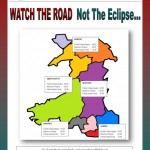 If you’re tempted to look at the solar eclipse this morning, heed this advice from Road Safety Wales. Don’t drive and try to look at the eclipse, get off the road and park safely without causing an obstruction. Then use a very thick viewing mask or watch the eclipse reflected off a white card and showing a shadow of the image through a hole in another card. The bigger the hole, the easier … END_OF_DOCUMENT_TOKEN_TO_BE_REPLACED

Anglesey will host the opening stage of the 2015 Tour of Britain on 6 September. The world's top cyclists will complete a stage from Beaumaris to Wrexham, marking the first time the race has started in Wales in its modern history before the event sweeps through Scotland, Cumbria and Norfolk to its London finish on 13 September. Transport Minister Edwina Hart has announced £3m to replace eight … END_OF_DOCUMENT_TOKEN_TO_BE_REPLACED