Nearly 1,000 children were convicted of driving with no insurance in 2014, a rise of more than a fifth (21%) since 2012, according to a Freedom of Information request to the DVLA from the RAC. In 2014, 991 under 17s were caught driving on public roads without insurance, a rise of 169 over just two years – despite these individuals not even being old enough to hold a licence. And the problem is … END_OF_DOCUMENT_TOKEN_TO_BE_REPLACED 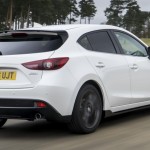 The popular Mazda3 range has been boosted with the launch of the Mazda3 Sport Black special edition. Delivering an appealing blend of increased specification and sporty styling enhancements, the Sport Black arrives in dealerships today. Offered exclusively in hatchback body style, the £20,995 Sport Black is marked out by enhanced styling and unique 18-inch Dark Gunmetal alloy wheels. … END_OF_DOCUMENT_TOKEN_TO_BE_REPLACED 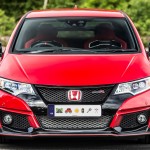 Honda today unveils plans to introduce emoji registration plates for car buyers in the UK, releasing images of the world’s first official emoji number plate on its race car for the road, the Honda Civic Type R. Honda’s plans for emoji registration plates are in response to demand from younger car buyers across the UK, and initial talks are planned with the Driver & Vehicle … END_OF_DOCUMENT_TOKEN_TO_BE_REPLACED 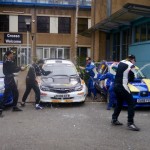 Competitors in the Pirelli MSA Welsh Forest Rally Championship head to Dolgellau this weekend for round three of the series, Rally North Wales. After two events it’s up and coming youngster Andrew Jones who dominates the Championship standings.   The Pwllheli driver not only heads the overall standings in his Ford Escort but also the two wheel drive category and the Vital Equipment … END_OF_DOCUMENT_TOKEN_TO_BE_REPLACED 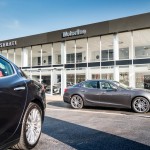 Self driving cars may seem years away, but more than 1.5 million UK motorists a year now leave showrooms in cars featuring self-activating safety systems, according to analysis revealed today by the Society of Motor Manufacturers and Traders. Data from SMMT and JATO Dynamics shows that more than half of new cars registered in 2015 were fitted with safety-enhancing collision warning systems, … END_OF_DOCUMENT_TOKEN_TO_BE_REPLACED

Whilst white used to be a free colour choice from manufacturers, figures from cap hpi reveal that eight out of the top 10 new car models ordered in 2015 added an extra premium of at least £250 to go a whiter shade of pale. However, one in five new cars sold in 2015 was white, making it the most popular colour for car buyers for the third year running.  For those who want a car that looks pure … END_OF_DOCUMENT_TOKEN_TO_BE_REPLACED

It may be impossible to fix Volkswagen Group cars which have illegally high exhaust emssions, according to the California Air Resources Board. An official of the board has said the state may allow partially repaired VW diesel cars to continue operating on its roads because a full fix may be impossible. The agreement with being negotiated with VW also includes creating national and California … END_OF_DOCUMENT_TOKEN_TO_BE_REPLACED

BMW has been an extra five months to replace faulty Takata airbags in some US models after it was found replacements for the originals were also defective. Honda changed the design of Takata airbags in its vehicles after defects were found but did not tell US legislators, it is claimed.   About 800,000 Porsche Cayenne and Volkswagen Touareg have been recalled to check and replace a … END_OF_DOCUMENT_TOKEN_TO_BE_REPLACED 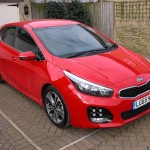 A sprinkling of updates inside, outside and under the bonnet of the Kia Cee’d family sized five door Hatchbacks, Sportwagon estates and Pro-Cee’d three door hatchbacks has given the models a mid-life refresh. Also introduced are more fuel efficient engines and a GT-Line sportier looking spec level option.   The Cee’d family has to remain competitive to ‘suc-Cee’d’ in a very tough … END_OF_DOCUMENT_TOKEN_TO_BE_REPLACED