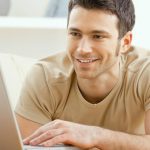 The motor retail industry is preparing to get back to business, with car dealerships beginning to open their showrooms.  But times have certainly changed over the last few months, business as usual is different and companies will need to navigate what the ‘new normal’ looks like.   There’s no doubt that it will be a very different retail environment, so dealers will need to find ways to … END_OF_DOCUMENT_TOKEN_TO_BE_REPLACED 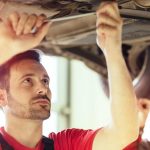 Britain’s first end-to-end online car maintenance service provider revealed national survey results which show that UK drivers have not prepared their vehicles for summer holidays. Results from a national Fixter survey shows that 70% of Fixter customers are planning to spend their holidays in the UK this year and will rely on their cars for road-trips and stay-cations but 69% of survey … END_OF_DOCUMENT_TOKEN_TO_BE_REPLACED 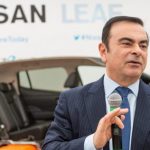 Fired Nissan boss and fugitive from justice Carlos Ghosn was set up by directors of the Japanese car company, it is claimed in a media report this week. The National, a Middle East paper which covers Lebanon where Mr Ghosn is now living, claims there is now some evidence to support his claim. According to people familiar with what happened and previously unreported internal correspondence, the … END_OF_DOCUMENT_TOKEN_TO_BE_REPLACED 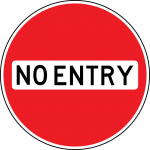 With public toilets as well as loos in pubs and shops being closed during the Covid-19 outbreak, there's been an outbreak of what can only be described as "fly peeing". In the true nature of ‘if you got to go, you got to go’,  waste management company BusinessWaste.co.uk are hearing reports of people turning local beauty spots into public bathrooms, and increasing numbers of bottles of urine … END_OF_DOCUMENT_TOKEN_TO_BE_REPLACED

North Wales Police face a £100,000 bill for selling an impounded luxury motor home without the owner’s permission. The Unimog based vehicle from Germany was taken in October last year when its German owners asked a policeman for directions and couldn’t produce insurance, which was obtained in December but after NWP sold it and it was stripped for parts, it's been reported by the BBC.  Alfa Romeo … END_OF_DOCUMENT_TOKEN_TO_BE_REPLACED 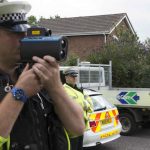 ‘Lockdown speeding’ has become a very unwelcome by-product of the Government’s fight against coronavirus, says the RAC. It found 20 police forces caught their worst offenders at speeds in excess of 100mph, according to data analysed by the RAC as part of a freedom of information request to all British police forces. The worst speeder in the first three weeks of the lockdown was caught in West … END_OF_DOCUMENT_TOKEN_TO_BE_REPLACED 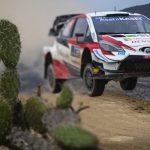 Motorsport UK will be restarting in the UK from 4 July and inviting online permit applications from 1 June. Motorsport is currently suspended throughout the UK until 30 June 2020. Following ongoing positive dialogue with the Department for Culture, Media and Sport and having set out its strategy and anticipated conditions for restarting motorsport disciplines, the governing body is now moving to … END_OF_DOCUMENT_TOKEN_TO_BE_REPLACED 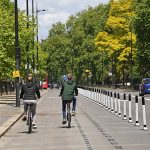 With the continued absence of new cars to evaluate or product launches to attend I’m still sifting through newspapers and the dwindling supply of worthwhile press releases to keep readers in the picture as to what might be of interest in the motoring world, writes David Miles. It seems as though getting the country back close to normal life, if it ever will be, has given opponents of the … END_OF_DOCUMENT_TOKEN_TO_BE_REPLACED 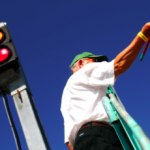 Motorsport UK has announced how it proposes restarting competition across its eleven sporting disciplines. Motorsport is currently suspended throughout the UK until 30 June 2020. Although it is understood there will continue to be levels of government restrictions and social distancing in place for a considerable period, Motorsport UK has been considering how to restart the sport, within the … END_OF_DOCUMENT_TOKEN_TO_BE_REPLACED 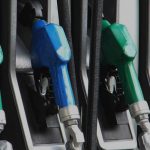 Filling stations are in for a summer bonanza with repaid business rates after a Supreme Court ruling.  The Supreme Court has ruled in favour of retailers, meaning that they will now be rightly owed around £500 million in business rates refunds, said Brian Madderson, Chairman of the Petrol Retailers Association. He was speaking after the Supreme Court’s unanimous decision on wednesday that ATMs … END_OF_DOCUMENT_TOKEN_TO_BE_REPLACED