A disappointed Cardiff driver Jann Mardenborough had to pull out of the classic Le Mans 24 hrs race on Sunday just an hour from the end. His GT-R LM Nismo racer was dogged with a clutch problem after Saturday’s start and it succumbed to suspension failure after 23 hrs, saying, “I was gutted to have to retire the car with just an hour to go. I tried everything I could to get going again but #23 … END_OF_DOCUMENT_TOKEN_TO_BE_REPLACED

Port Talbot MC runs the Hall & Roche Logistics Red Dragon Rally on Saturday 20 June, based at the Walters Arena complex above Glynneath. The event includes special awards from Nick Bradbury Motorsport Photography, who is continuing his previous association with the rally.  The first of five stages begins at 11.00 am, spectators welcome via the signposted entry road off the A4109, admission … END_OF_DOCUMENT_TOKEN_TO_BE_REPLACED 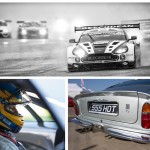 Wales based specialist motor sport photographers, Virtual Motorpix has taken on three new cameramen to meet the growing need for images in the publishing industry and to contribute to its growing motoring and motor sport photography archive. The motoring photographic agency currently works with a number of photographers from the UK, Europe and the USA and with the addition of Roland Harrison, … END_OF_DOCUMENT_TOKEN_TO_BE_REPLACED 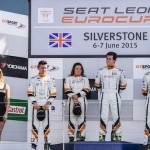 Alex Morgan claimed his first podium finish in the 2015 SEAT Leon Eurocup, finishing second after a strong and determined drive in round six at Silverstone on Sunday.  The fantastic result followed a fourth-place finish in Saturday’s round five of the series, giving the Baporo Motorsport Bridgend-driver (left) a 13-point haul from the weekend in his series campaign. … END_OF_DOCUMENT_TOKEN_TO_BE_REPLACED 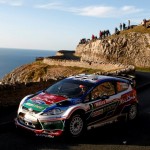 Two night stages are included in this year’s Wales Rally GB in North Wales, the organisers announced yesterday. The event in November will also see the return of famous Myherin and iconic Great Orme stages. Advance tickets will offer up to 25 per cent savings on 2014 prices and a new  e-ticketing system simplifies buying. This year’s Wales Rally GB 12-15 November is once again the … END_OF_DOCUMENT_TOKEN_TO_BE_REPLACED

With all the podium places on Saturday’s Severn Valley Stages being claimed by Pirelli MSA Welsh Forest Rally Championship contenders, outright victory and their first maximum points haul of the season went to Malvern driver’s Bob Ceen and co-driver Andy Bull, from Birmingham, in their Subaru Impreza World Rally Car. It was the crew’s second victory on the event, the previous win having come in … END_OF_DOCUMENT_TOKEN_TO_BE_REPLACED 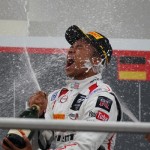 GT Academy 2011 winner Jann Mardenborough has been announced as the fiftieth most marketable athlete in the world joining a list of superstars such as Messi, Bolt and Hamilton. Jann, who has progressed through the ranks of motorsport since his victory in 2011 NISMO PlayStation® GT Academy, is predicted to be in the top 50 most marketable athletes in the world over the next three years. The … END_OF_DOCUMENT_TOKEN_TO_BE_REPLACED

Competitors in the Pirelli MSA Welsh Forest Rally Championship move into the second half of their season on saturday with the battle for the overall title and for the various class honours still wide open while the series boasts its strongest entry for a number of years. Leading the title chase going in to the Builth Wells based Severn Valley Stages is Worcester’s Paul Davy. He and co-driver … END_OF_DOCUMENT_TOKEN_TO_BE_REPLACED 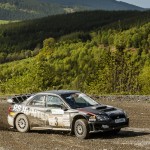 by Peter Hughes The Plains Rally saw nearly 50 crews battling it out for points in the Pirelli MSA Welsh Forest Rally Championship and after six challenging forest stages it was Ruthin driver Hugh Hunter who claimed maximum points for the second time this season. Hunter and co-driver Andy Marchbank, from Little Sutton (above) took the lead on the opening stage of the event in their Subaru … END_OF_DOCUMENT_TOKEN_TO_BE_REPLACED

Wales Rally GB has not yet been scheduled in next year’s WRC calendar. The traditional end of year round to the international series is not among the nine events so far included for 2016. WRC Promoter, who compile the calendar, said they were talking to possible new events organisers around the world and hoped to finalise the look of the 2016 series by September this year. The Welsh round … END_OF_DOCUMENT_TOKEN_TO_BE_REPLACED