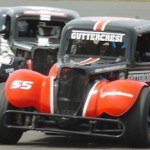 Mid Wales racing driver Ben Power stormed to victory in the televised Guttercrest Cup at Anglesey Circuit, as he took the honours in the latest round of the National Legends Car racing championship. Power, aged 25, from Guilsfield, near Welshpool, finished seventh and third in the heats, but beat a 27-car grid to win the final, taking the overall win and lifting the inaugural Guttercrest … END_OF_DOCUMENT_TOKEN_TO_BE_REPLACED

The British FIM Speedway Grand Prix returns to Cardiff’s Millennium Stadium in July 2016, and fans who book their tickets by August 31 can save up to 20 percent, with seats starting from just £25. Speedway fans from all over the world flocked to the Welsh capital on Saturday to witness Niels-Kristian Iversen’s spectacular final triumph ahead of Chris Holder and Peter Kildemand. Britain’s Tai … END_OF_DOCUMENT_TOKEN_TO_BE_REPLACED 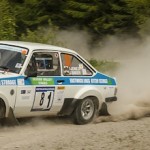 Competitors in the Pirelli MSA Welsh Forest Rally Championship travel to the Royal Welsh Showground Builth Wells on saturday for the Nicky Grist Stages. With both the championship and the rally enjoying a bumper entry, it could prove to be a crucial moment in the battle for both overall and class honours in round six of the eight round series. Topping the overall championship leader board at … END_OF_DOCUMENT_TOKEN_TO_BE_REPLACED 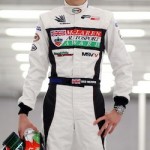 Rising Welsh racing star Seb Morris is competing in the supporting race to the British Grand Prix this weekend.  He’s determined to build on the superb top five performance he delivered during the previous event in Austria just over a week ago. Securing his first points in the prestigious FIA Formula One World Championship support category during round four, thanks to an exceptional drive … END_OF_DOCUMENT_TOKEN_TO_BE_REPLACED 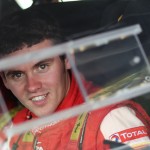 The MSA British Rally Championship returns in 2016 with a new-look calendar and revised vehicle eligibility regulations announced in January. After a controversial year without the series due to low entries and events in 2015, next season’s revitalised BRC will be staged throughout the British Isles. It will include a mix of gravel and asphalt surfaces to provide crews with the ultimate … END_OF_DOCUMENT_TOKEN_TO_BE_REPLACED 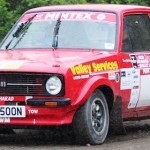 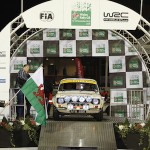 WRGB has confirmed plans for this year’s National Rally running as part of the WRC event in North Wales 12-15 November. As has proved so successful in recent years, the National Rally’s three-day competitive itinerary will shadow the WRC route with single runs through all 13 timed sections. The WRGB National Rally fills the gap between the two passes of WRC crews through the legendary … END_OF_DOCUMENT_TOKEN_TO_BE_REPLACED

Status Grand Prix driver Seb Morris delivered his best race performance of the season at the weekend. During round four of the GP3 Series supporting the GP event at the Red Bull Ring in Austria on Sunday the Wrexham driver put in an outstanding drive to fifth place from 19th on the grid – securing his first points of the year. Next on the schedule is Seb’s home event, the annual visit to … END_OF_DOCUMENT_TOKEN_TO_BE_REPLACED 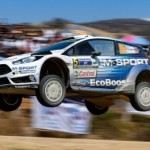 M-Sport World Rally Team’s Elfyn Evans fought back to secure a strong fourth place at last weekend’s Rally Italia.  Team mate Ott Tänak had been on course for a podium finish until an issue with the transmission dropped him outside the top-ten on Saturday afternoon. Rally Italia is an event that demands respect, and that is something that Evans and co-driver Daniel Barritt fully understand. … END_OF_DOCUMENT_TOKEN_TO_BE_REPLACED

A disappointed Cardiff driver Jann Mardenborough had to pull out of the classic Le Mans 24 hrs race on Sunday just an hour from the end. His GT-R LM Nismo racer was dogged with a clutch problem after Saturday’s start and it succumbed to suspension failure after 23 hrs, saying, “I was gutted to have to retire the car with just an hour to go. I tried everything I could to get going again but #23 … END_OF_DOCUMENT_TOKEN_TO_BE_REPLACED