You are here: Home / Motorsport / Classics / Anniversary meeting for Pembrey this weekend 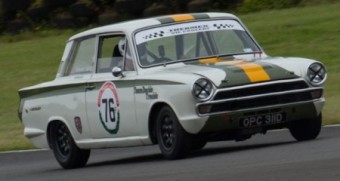 This weekend, Pembrey Racing Circuit is marking 25 Years as one of the most vital assets in Welsh Motor Racing.

The circuit near Kidwelly on the south-west Wales coastline encompasses 1.4 miles of diverse tarmac and has welcomed some of the biggest tournaments in motor sport over more than two decades with everything from motorbikes to trucks racing on the track.

British Touring Cars, British Formula 3, British Rally Cross, and many other prestigious tournaments have been hosted at the successful facility attracting many of the sports major talents along the way.

To mark the special 25 year anniversary the track is holding a two day celebration on August 15 and 16 with a host of entertainment planned. Classic cars and touring cars will take part in displays, starting from 9.30am and running until 5.30pm on both days. Guests will also get the chance to take a spin on the impressive track throughout the day in a Formula 3 winning car raced by Bruno Senna. Live music and food will also be enjoyed by all those who visit during the weekend. 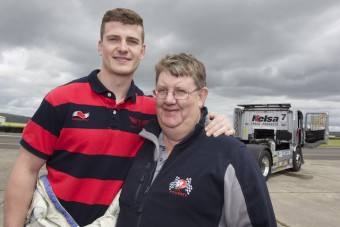 Chairman of the track Phil Davies, who has been integral in developing the track over the years, is proud of what it had achieved said, “We want to thank all those who have supported us and worked with over the last 25 years and welcome all motor sports fans to join in our celebration in Pembrey. “When the British Automobile Racing Club took over in 1990 there was just a field and tarmac here, nothing else. “We have added the garages, specialist facilities, bar and restaurant to make it what it is today and really developed it as a facility.

“I have been here since 1990. Racing circuit  managers don’t tend to have a long shelf life but I have been here for 25 years and it has been a privilege to see what the circuit has become and we are very proud of it.”

For many years the track was a popular testing venue for Formula One teams with most of the top teams visiting Pembrey.

This attracted some of the biggest names from today’s Formula 1 racetracks including Jenson Button, Kimi Raikkonen, Nico Rosberg, Daniel Ricciardo and Mark Webber, who all honed their skills at the circuit.

Greats of the sport including Damon Hill, Ayrton Senna, Nigel Mansel, Alain Prost, David Coulthard, and Bruno Senna also visited Pembrey during their early days, with Ayrton Senna still holding the distinction of recording the fastest lap ever driven at Pembrey during a testing session.

Many memories were made thanks to its appeal as a quality venue. Damon Hill and David Coulthard tested their Williams cars at the venue, and Eddie Irvine arriving with the Jordan team, sunned himself on the bonnet of his Mercedes car listening to Van Morrison albums between sessions.

A relatively new driver named Jenson Button was also signed up by the Williams team after his performance at Pembrey in 1999.

But It’s not just racing superstars that Pembrey attracts. Duran Duran lead singer Simon Le Bon raced his bike there although a crash resulted in a brief hospital visit.

Boyzone star Shane Lynch put the circuit back on the front page of the tabloids when he crashed his Ginetta sports car.

And Prodigy front man Keith Flint has ridden his bikes at Pembrey as well as bringing his team, Team Traction Control, to compete.

Scarlets and Wales Rugby ace Gareth Llewellyn tried his hand at Rallycross in the Vauxhall celebrity car while this season has seen another Scarlets and Wales man, Scott Williams, make his racing debut here, competing in the Legends series.

The very full race sheet begins with qualifying from 9.30am on Saturday with track displays at 10.50am and racing from 1.50pm. On Sunday, racing is underway from 9.30am and finishes about 5pm and tickets cost £12 per adult each day but under-14s get in free with an adult.