You are here: Home / Motorsport / Alex reaches podium at Silverstone 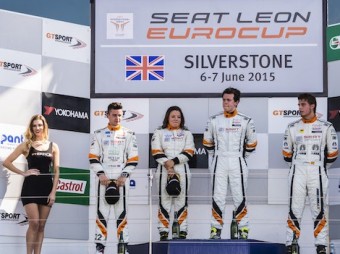 Alex Morgan claimed his first podium finish in the 2015 SEAT Leon Eurocup, finishing second after a strong and determined drive in round six at Silverstone on Sunday.

The fantastic result followed a fourth-place finish in Saturday’s round five of the series, giving the Baporo Motorsport Bridgend-driver (left) a 13-point haul from the weekend in his series campaign.